History of India cannot be understood without some knowledge of its geography. This article is mere compilation of following Old NCERTs:

Therefore, natural resources of the Western area were utilized first, and of eastern area later.

(Keep referring to Map while reading this)

Physically the subcontinent can be studied in three parts : (i) The Himalayas, (ii) The Indo-Gangetic-Brahmaputra plain (iii) The Deccan plateau.

are stretched from Afghanistan in the west upto Myanmar in the east. 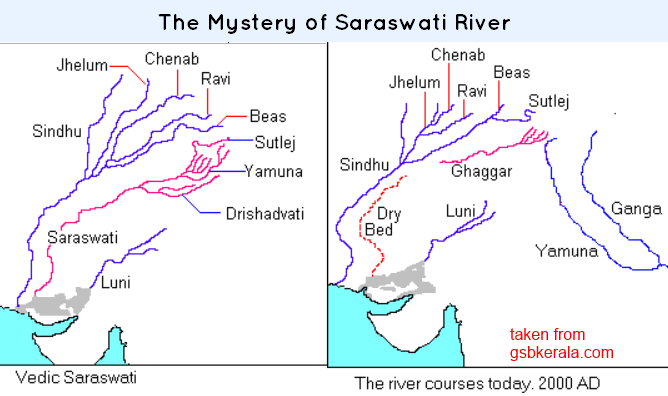 The Sindhu or Indus

Peninsular India can be studied under two distinct sections.

They run parallel to each other from east to west. In between these two, flows the river Narmada going towards the Arabian sea.

Western Side of Central Indian Plateau

The western coastal plain stretches from the Gulf of Cambay in the north to Kerala in south.

But the name Bharatavarsha is not a mere geographical expression like the term India. It has historical significance, indicating the country of the Bharatas, made up of seven sacred rivers and cities:

use following points, as and where applicable in descriptive/essay/interview.

The spirit of Humanity in Ancient India

Sectarianism as an aid to Nationalism

Next we see the Stone Age, Neolithic, Paleolithic and chalcolithic cultures of Ancient India.