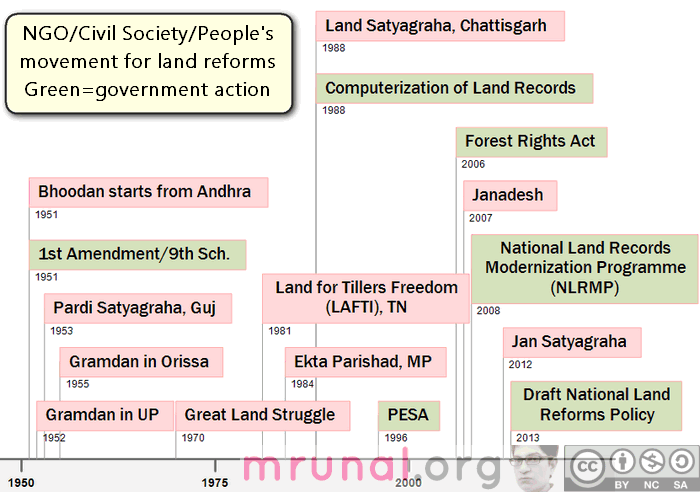 Gramdan (Donation of the Entire Village)

At a later phase, this progamme was extended to other states in Bihar, Maharashtra, Assam, Andhra Pradesh, Madhya Pradesh, Rajasthan, Tamil Nadu and Kerala.

The villagers have to sign a declaration saying, “We are vesting the ownership of all our land to the “Gram Sabha” of the village.

In other words, Gramdan=A Gram Sabha like institution collectively owned and managed entire land/farms of the villagers.

Limitation of Gramdan? Gramdan was successful mainly in villages where class differentiation had not yet emerged and there was little if any disparity in ownership of land or other property. E.g. Tribal villages. But didn’t find cooperation from other villages in the plains or villages near urban centers.