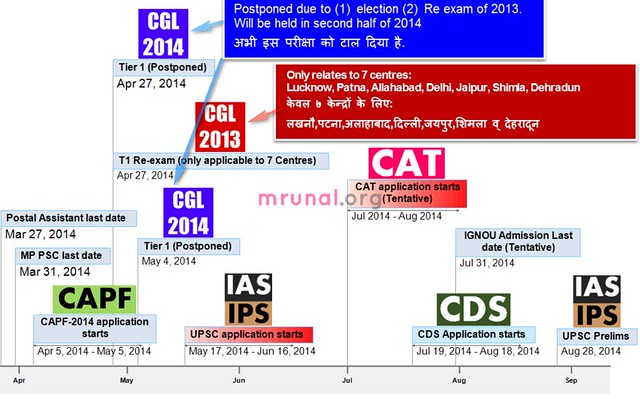 Background: 2013’s exam cycle was caught in paper-leak and subsequent court cases. SSC will be holding re-examination, re-exam ONLY for candidates who had given 2013’s T1 or T2 on following centres