Some readers have been asking “how to effectively” utilize Press Information Bureau (PIB.NIC.IN) for the preparation of UPSC civil service exam. So in this article, we’ll look at first week of March 2014- what press releases were made- what to read, what to ignore

Moral of the story

Anyways, so far, we saw what to ignore. Then what was important in the press releases during 1 to 7th March 2014?

The Main function of PIB = information about various schemes and policies.

All under Ministry of Minority affairs

Anyways, you’ll get more details under 12th FYP for ^this.

You should approach E-governance- just like schemes i.e. who is the boss, what are the features?

In 2006, National E-Governance Plan is jointly formulated by

Under NeGP there are 31 Mission Mode Projects (MMP).

Additionally, in 2012: EC released the guidelines for paid news.

They also made similar guidelines like PCI. Additionally following points given:

Another important use of PIB= gather speeches by eminent people. Speeches are gold mines for MCQ and Fodder.

Same applies to conference related coverage. Because usually some eminent person will give speech @conference and PIB will write the highlight.

Since it is CRPF’s diamond jubilee, this automatically becomes important for UPSC (GS2 Mains). Remember the rule: “if someone / something’s birth/death anniversary is in the multiple of 10 or 25, it is automatically important!”

First you Read the original article here: http://pib.nic.in/newsite/erelease.aspx?relid=104420 [to learn, how one should extract exam worthy information from boring speeches.]

Now let’s only extract relevant points from the speech.

*It’s Trap Question. Because CRPF itself is not a “paramilitary” force. We have only three paramilitary forces: Assam rifles, Coast Guard and Special frontier Force. click me to know why.

[Fodder] From Pranab’s speech: healthcare initiatives taken and need to be taken

Fodder: about WW1 (From VP’s speech)

Again, extract the important points from his speech:

Why MSME important to Indian economy?

In such speeches, the person will only mention the important acts/policies/schemes. It’s your job to dig the relevant feature list.

but you can ignore it. Because Such large list is not worth the cost: benefit.

Why UAE is important? 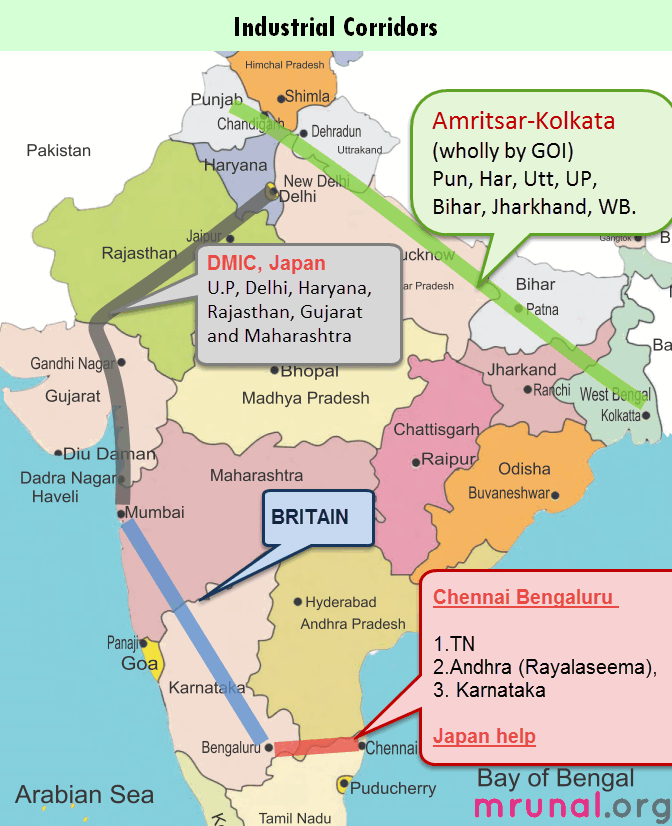 #2: DMIC project launch in UP

Exact names of location, not that important, except for geography optional and UP PSC.

^exact names not that important, except for Geography optional and MP PSC. However, we do get indirect wisdom about [GS1] Location factors for setting up a thermal power project.

Q. With suitable examples from India and abroad, enumerate the factors affecting the location of thermal power plants.

Such defense exercises are MCQ worthy. Extract the data:

Whenever you come across such terms you should also tell your mind What it is “NOT”. for example

Because in MCQs, often the examiner will give such wrong statements and ask you to find correct statements. For example

By the way, in 5th March PIB release, they even gave a huge report “Shri AK Antony as Defence Minister -A Look Back” – almost 25 pages worth data about achievements since 2009.

but cost:benefit becomes terrible if you read it word by word. Better just glance over, note down any important latest developments (i.e.2013 and after) in it. PS: lot of the content overlaps with defense compilation given under Mrunal.org/snt

The correct pairs are:

Q3. “Nalanda Project” is about

Q6. Who among the following is / are eligible for recommending projects under MPLADS scheme

Q7. Under MPLADS scheme, a Nominated member of parliament

Mains/Essay related question- we already saw under the relent topics themselves.

Courtesy: Ms. Rajtanil Solanki for majority of the compilation.