Now even Dexter wants to appear for CSAT!

Q1. Which of the following is/are the example/examples of chemical change?

Therefore, answer is B only 3.

Which of the above diseases has/have been eradicated in India? 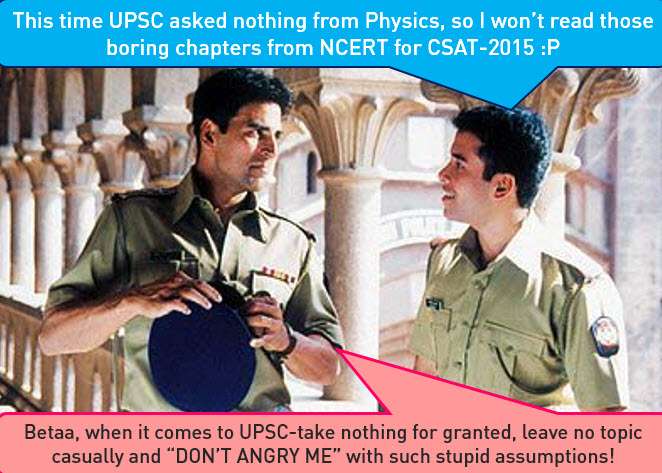 After failing to give a single hit movie in the entire decade, even Tushaar Kapoor is giving UPSC as “career-backup”!

Therefore, answer B only 3.

Therefore, Answer (A) only 1 and 2. Additional sources

1. In addition to fingerprint scanning, which of the following can be used in the biometric identification of a person?

All three are correct as per common knowledge. But, Just for the sake of proof: Biometrics in a networked society: Anil Jain Page 14 has a table, which lists all of them.

Which of the following pair is/are correctly matched?

As per NASA website, Cassini is for Saturn. Therefore, #1 is wrong, this eliminates option A, C and D. we are left with final answer B only 2 and 3.