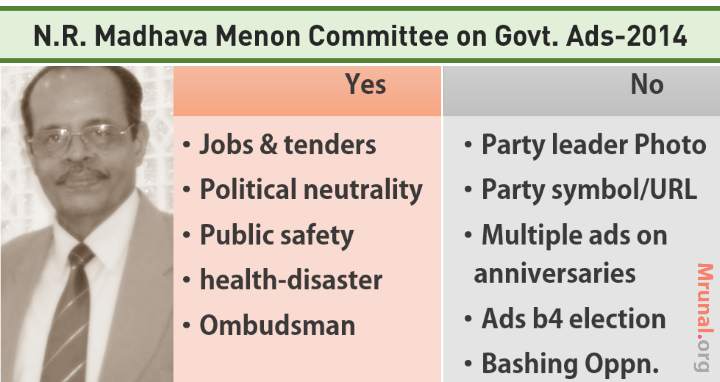 Government ads must not display following:

Government ads should cover only following: 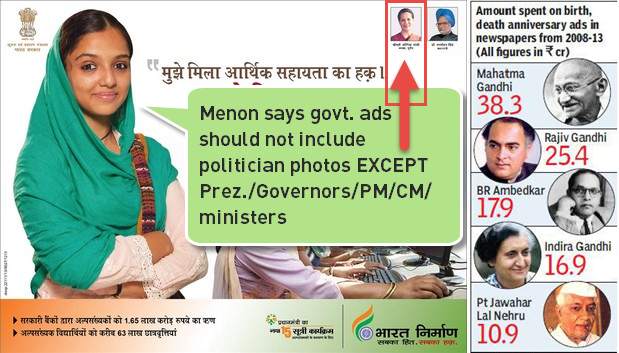 If congress elected back in power, they won’t be able to do this

Mock Question (GS2): The use of government advertising as a tool for political propaganda, especially during election time, has been a key concern in many democracies. List the suggestions made by Madhav Menon panel to address this issue in India. 200 words.