Why identify banks “Too big Fail”? 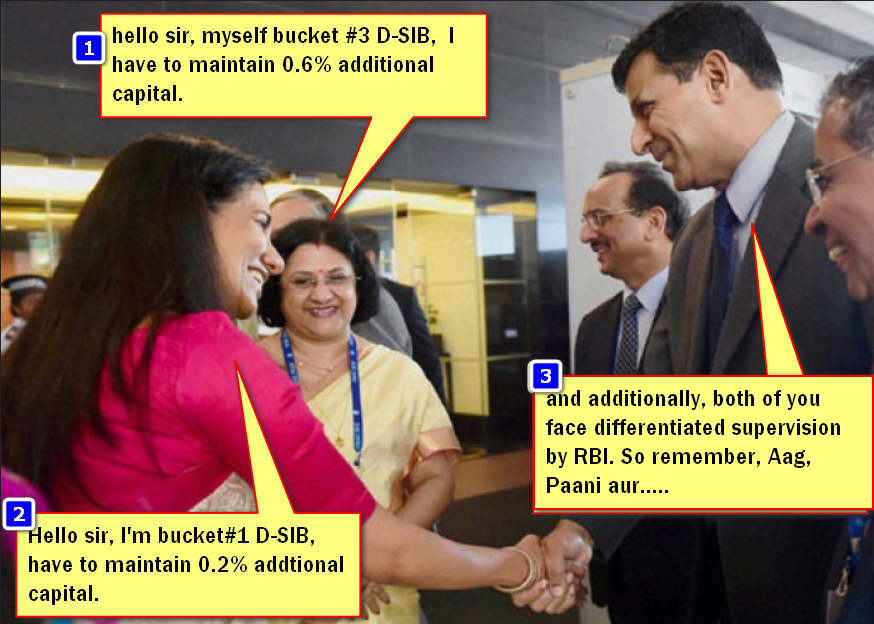 Q2. The concept of “Domestic Systemically Important Banks (D-SIB)” is the brain child of __.

Q4. Many Factual MCQs possible from “bucket” table of above article. They’re important for Banking exams but not for UPSC.

Mains-Descriptive Question: As such this is technical topic, so direct question seems unlikely in UPSC Mains but it becomes a fodder point in the larger generic /vague question about controlling / reforming the banking sector / financial sector.
Interview: What is D-SIB, what is Shadow bank, How do they pose challenge to an Economy, what steps are done at national and international level to control them? What more should be done in your opinion?