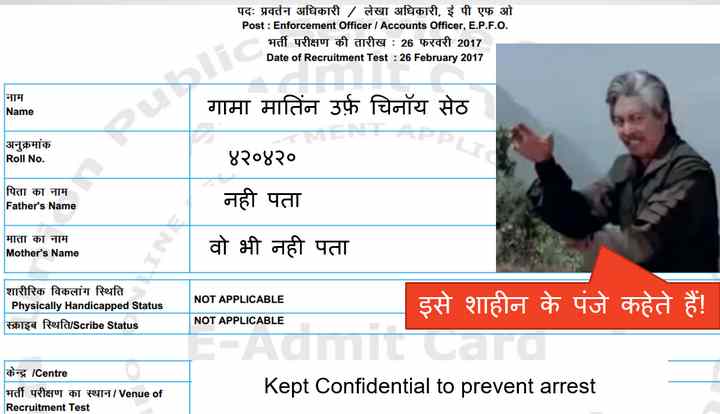 following material: either purchase or refer in library (then it’s free!)

Ignore geography
As per the official syllabus given in the admit card’s notification, GEOGRAPHY is not in the syllabus.

@EPFO aspirants: Post your exam-center/travel/accommodation details in comments section, IF:

This could help save lot of money, time and inconvenience– particularly of players from outside the city.