If the question was about intolerance, then we can start 'origin' with Constitution (and end conclusion @SDG).
Tolerance as a virtue and as an essential asset of a plural society such as India. Hence to safeguard the plurality in India, our Constitution has provided for the liberty of thought, expression, belief, faith and worship in the preamble itself. However, following issues / events / actors / factors are undermining it or misusing it in recent years:….

Since Post-truth is already defined in the question itself so how to begin introduction!? We can give the origin then connect it with definition:

Why Post-Truth prevails or Why is Intolerance growing?

Why Post-Truth / Intolerance is bad? 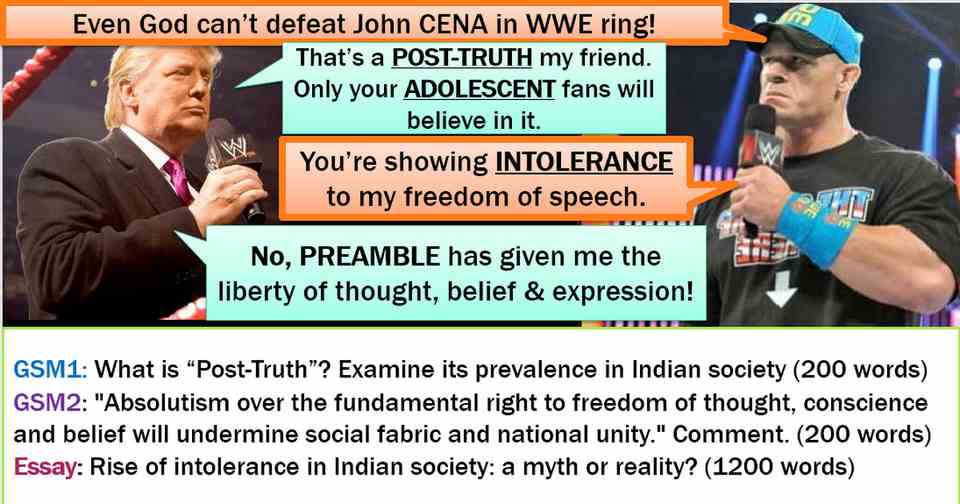 It has been a while since I blew the pipudi (trumpet) of SDG. So let try that route as well:

Regarding the  GSM2-question "absolutism" over right to freedom of thought: