(#) In Essay paper, candidate has to write two essays in not more than 1200 words. Total marks 250, total time: 3 hrs.
(*) Opposite to that, GSM1 paper has same time limit and total marks but length varies:

#1: No respect for syllabus

Then, which is the suitable paper to ask this question: Mention the advantages of the cultivation of pulse because of which the year 2016 was declared as the International Year of Pulses by the United Nations. (2017)

So where should this question be asked: “In spite of adverse environmental impact, coal mining is still inevitable for development.” Discuss.”

GSM3 seems the appropriate better choice but no, it was asked in GSM1-2017.

Syllabus GSM1: Critical geographical features, flora, fauna (changes and effects thereof).
So, a question about “impact of Climate change on Himalayan and Costal India’ is more suitable for GSM1 than GSM3, but it’s asked in GSM3-2017. (interesting same topic asked in GSM1 in 2014)

#2: Repeating themes within a given GS paper

#3: Repeating of themes among GS papers

There are many other samples as well, but I lack the time and patience to showcase it. 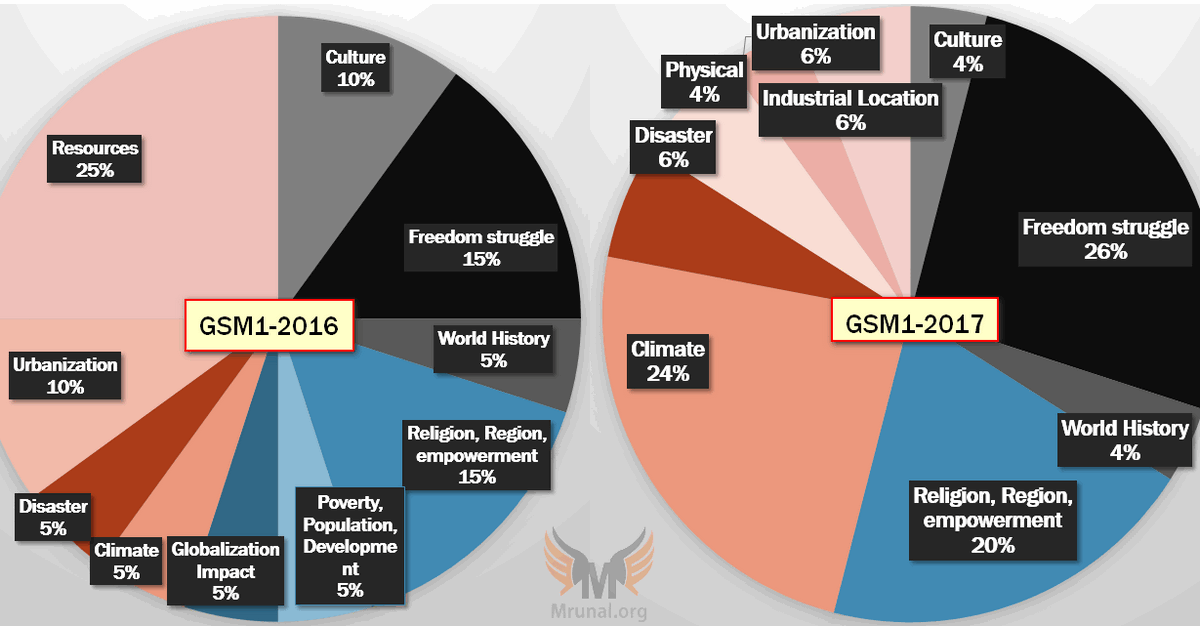 if the internal variety was same or more then right hand circle would show more color bands.

From ‘General’ to ‘specific’ subtopics

No point in preparing world history?

GSM1-Topicwise Questions since Pattern change in 2013

In 2013, UPSC changed the syllabus-pattern of Mains examination and the number of general studies papers were increased from two to four. Out of them, GS Paper-I deals with History, Culture, Society and Geography. Overall breakup looks like this 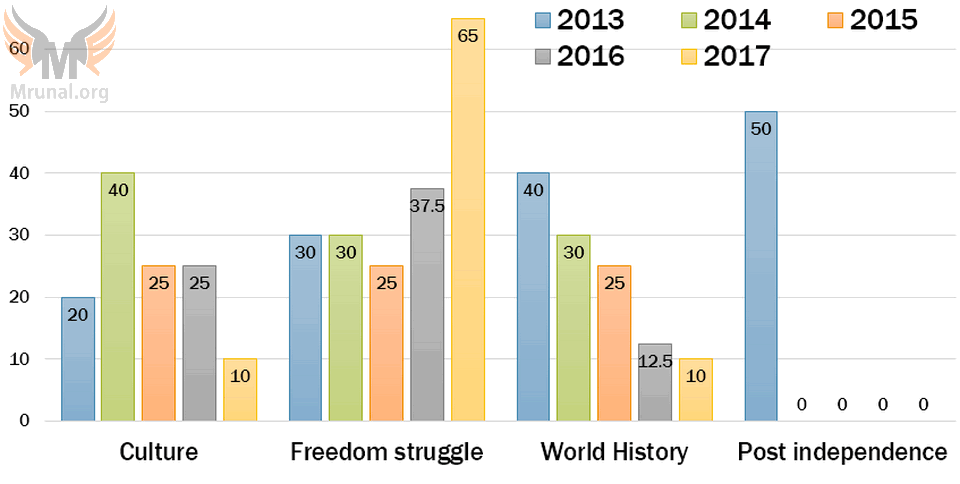 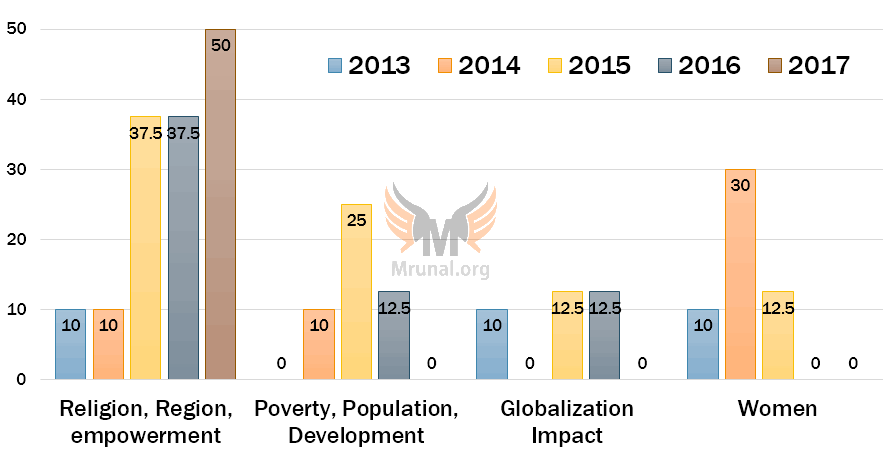 This time UPSC got too much emotional abt Region and Religion? 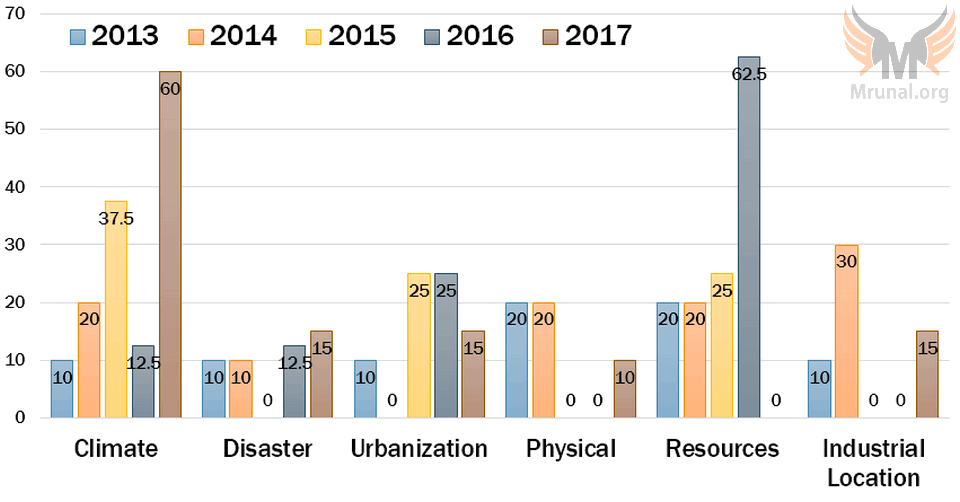