Answer following questions in 200 words each, in blank A4 sized papers with 1″ margins on each side:

There are three ways to begin the answer:

CPR full form is cardio-pulmonary resuscitation but since we are not writing answer for medical science optional, you may ignore to remember this full form. 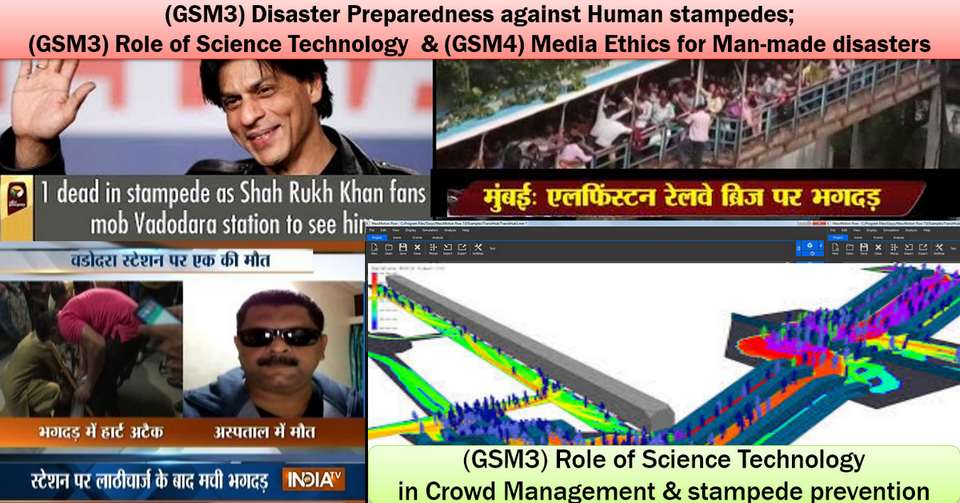 S&T, ICT: During / after disaster

As such I’ve written this for stampede, but you should be intelligent enough to replicate these points on other events as well e.g. terrorist attack at public place or RIOTING after conviction of a religious guru.

Role during / after stampede

Unlikely question but GSM2 is known for its अतरंगी (crazy) questions.

Shortcomings in the existing legal structure