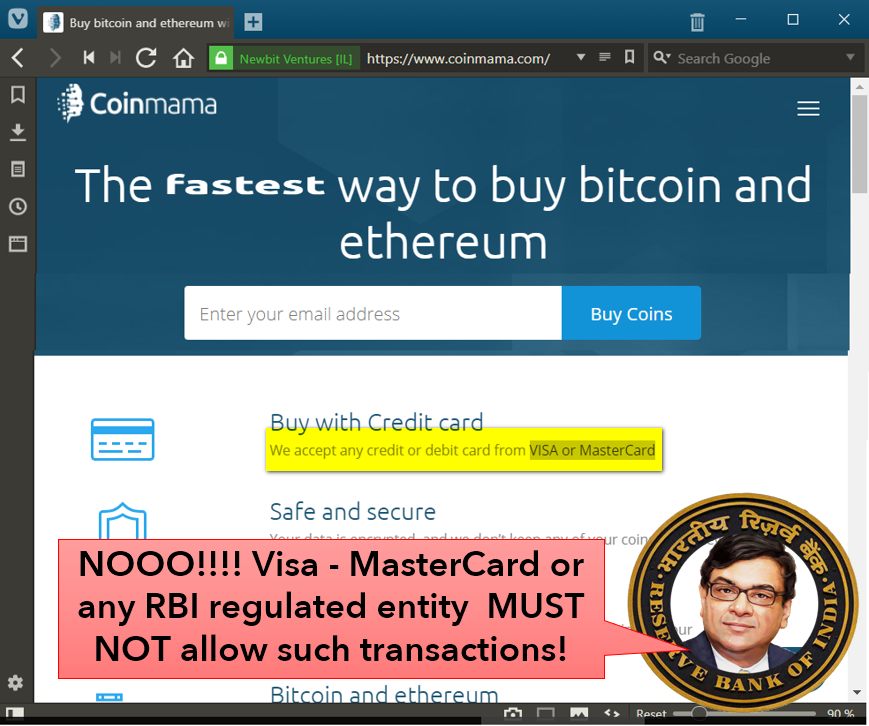 (Mock MCQ) Which of the following is permitted by the respective central banks?

h/ Do read the last article to check the validity to statement #1 and #2. 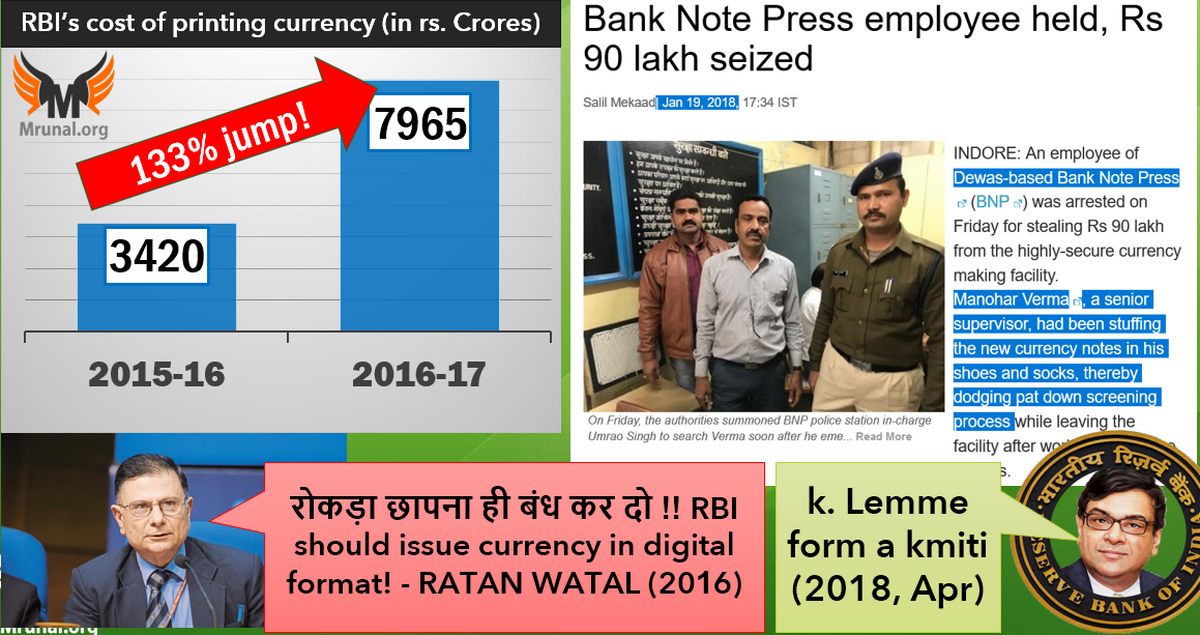 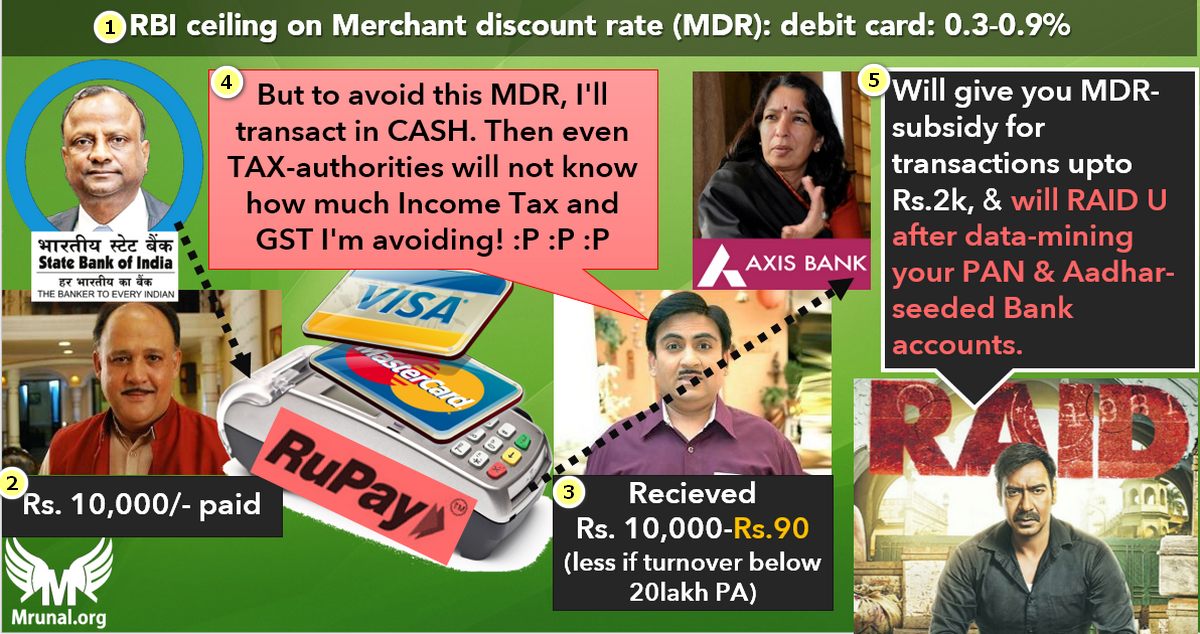 Although RBI took a positive step by reducing MDR rates, still for a small merchant, even 0.3% MDR fee is also difficult. Because if he sells Rs. 10,000’s mobile phone, accepts payment by debit card, still Rs. 30/- will be deducted. His own profit margin on mobile could be barely 150-200 rupees! Therefore, Ministry of Electronics and information technology (MEITY) announced following:

(Mock MCQ) WEF 1/1/18, Government decided to provide subsidy on “MDR”. This is implemented by:

(Mock MCQ) WEF 1/1/18, Government of India decided to provide subsidy on “MDR”.  What is the primary objective behind this?

h/ While A and B will also happen, but the “primary objective” is what government says in its notification- and that is “D”.

(MCQ in actual UPSC Prelim-2017) The most likely consequence of implementing the ‘Unified Payments Interface (UPI)’?

h/ First two statements are hyperboles (Extravagant exaggeration / अतिशयोक्ति). Third statement could happen IF everyone had aadhar card linked mobile phone number and bank account. Until then, fourth is the suitable choice.
Observe that UPSC did not ask when was UPI launched? How much percentage MDR is applicable to UPI transactions? How exactly does UPI’s API create a link among merchant, buyer and bank? Whether UPI uses SQL or ASP dotnet? How many banks own NPCi?
Even the wrong statements are framed in such manner that a learned candidate can eliminate easily. So, don’t waste time on technical non-sense and GK. Only focus main feature / benefits / entities responsible.

Payment System data must be stored in India

How is block-technology beneficial to digital payment system? 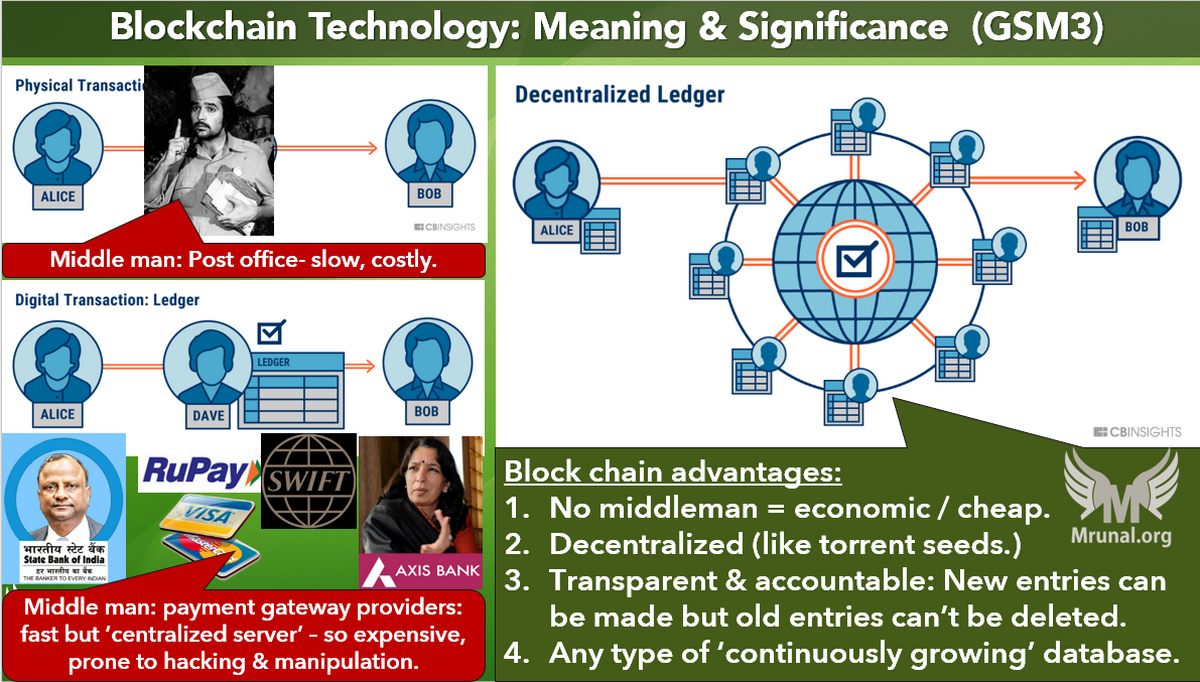 Since blockchain technology is an economic and efficient technology for storing continuously growing database:

Considering these benefits, various committees appointed by RBI and the government of India have time and again recommended the usage of Blockchain technology.
This much praising of Blockchain is sufficient to handle prelims and Mains questions.