so far, I have solved the first eleven questions of UPSC Mains General Studies Paper1 (2017).. Now time for the 12th:

There are three ways to begin an answer

There were two types of economic transactions in a rural economy involving traditional artisans: 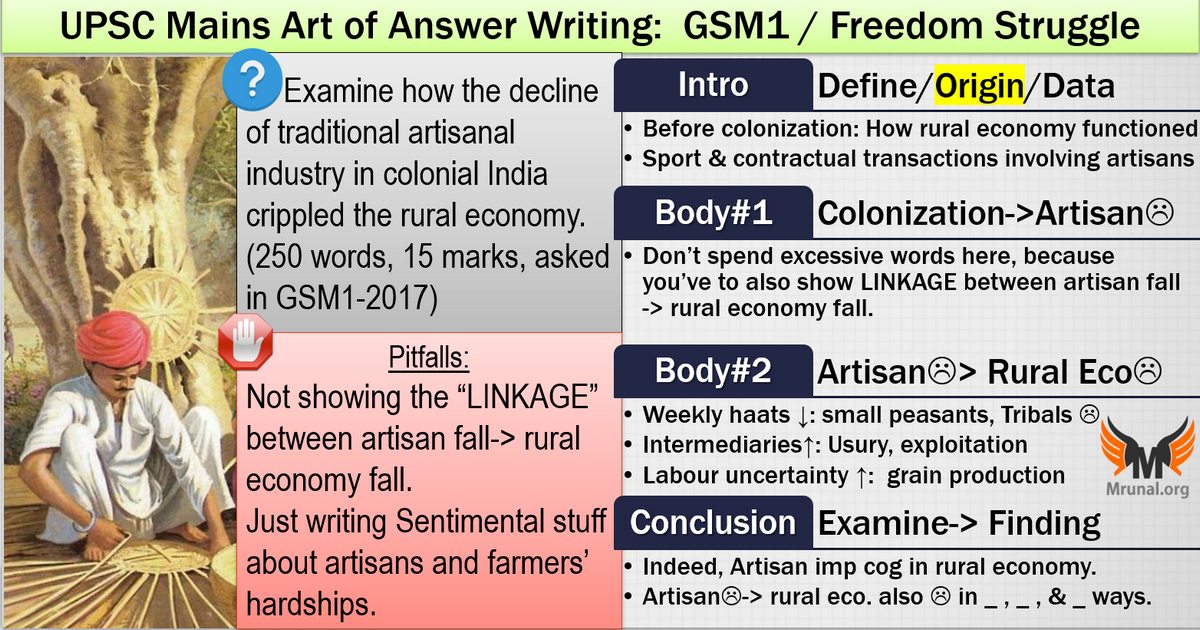 The entry of European, and the process colonization of India hurt the artisanal industry in following ways-

Above text alone is ~200 words, but you can compress it by focusing only on the bold parts. I had to elaborate for educational purpose.

Question says “Examine”, so we’ve to present finding in the conclusion (which is merely the summary of what I’ve written in the body-headings.)

Traditional artisan was an important cog in the rural economy. As his situation deteriorated in the processes of colonization, rural economy too was hurt by the fall of weekly haats, rise of intermediaries, farm labour uncertainty and the impoverishment of tribals and small peasants.