So far I’ve solved the first twelve questions of the UPSC Mains, now time for the Thirteenth:

Q13: Highlight the importance of the new objectives that got added to the vision of Indian independence since twenties of the last century. (15 marks, 250 words, asked in UPSC Mains GS1-2017) 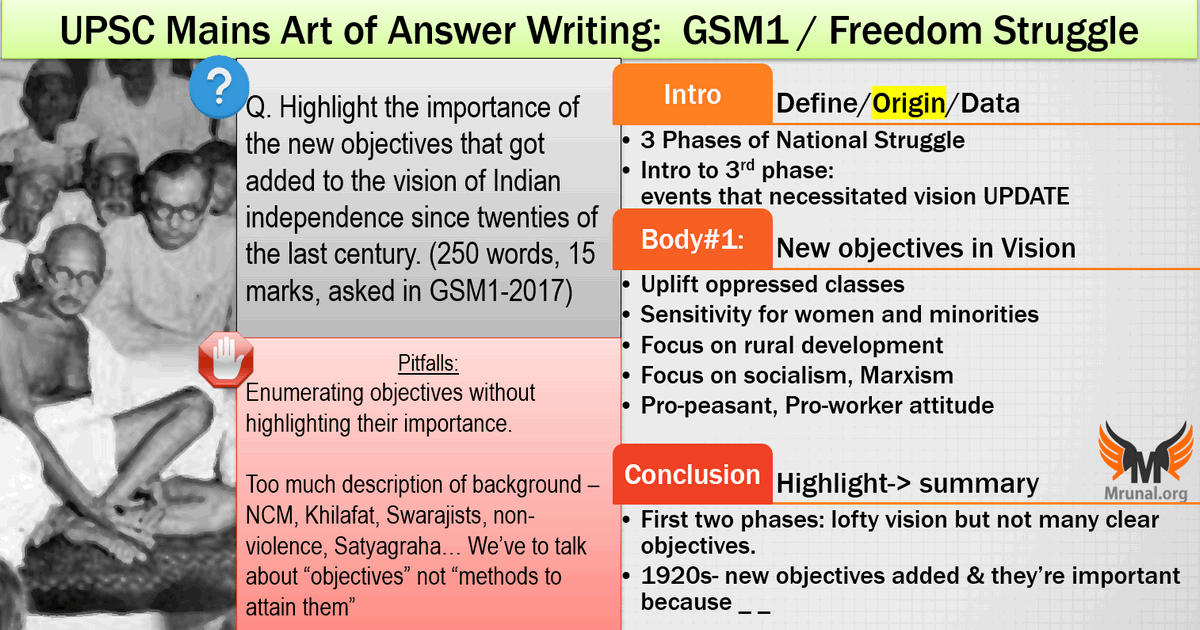 The history of the Indian National Movement can be divided in three important phases:

In the initial part of third phase, following developments took place that necessitated changes in the vision of India’s indepdence:

In this atmosphere, following objectives were added to the vision of Indian indepdence:

Free India for welfare of women and Minorities’

Free India for rural development & socialist welfare for all

Free India to care for its Peasants, will require Zamindari Abolition and Land reforms

Free India to care for its Workers

For educational purpose, I’ve elaborate above part, else it could be compressed within 2-3 lines.

In the second phase of nationalist movement, the idea of Swaraj (self-rule) was full of vague and lofty ideas without clear visions for various groups. With the aforementioned developments in the 1920s, the vision for Indian indepdence became more clearer and accommodative to the needs and aspirations of the masses. It encouraged the masses to fight for India’s freedom with greater vigor and it ensured that free India cared for the masses with greater compassion.