So far I’ve solved the first 16 questions of the UPSC Mains Paper-1, now time for 17th:

Q17: What characteristics can be assigned to monsoon climate that succeeds in feeding more than 50 percent of the world population residing in Monsoon Asia? (250 words, Asked in GSM1-2017) 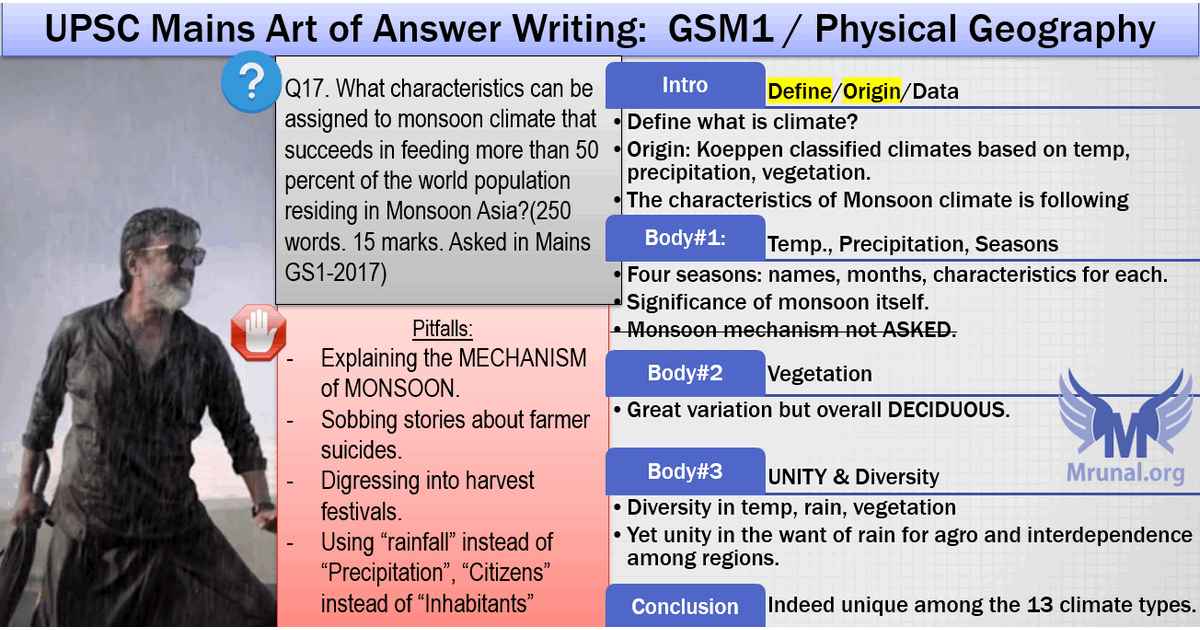 Unlike other places of the world which usually have only two seasons 1) summer and 2) winter, a tropical monsoon region has FOUR seasons viz.

For educational purpose, I’ve elaborated the characteristics of each season. But to maintain the word limit in the real exam, you may just write name of seasons, associated months, and maximum one sentence about each season.

Question is about “monsoon climate characteristics”. So, even for the sake of appearances we should mention some non-Indian countries associated with this climate.

While writing answer for Geography, better to use word “inhabitants” instead of “citizens”, and “precipitation” instead of “rainfall”.