So far I’ve solved the first 15 questions of the UPSC Mains Paper-1, now time for 16th:

Q16. In what way can flood be converted into a sustainable source of irrigation and all-weather inland navigation in India? (250 words, 15 marks)

First understand the basics of River Interlinking topic from 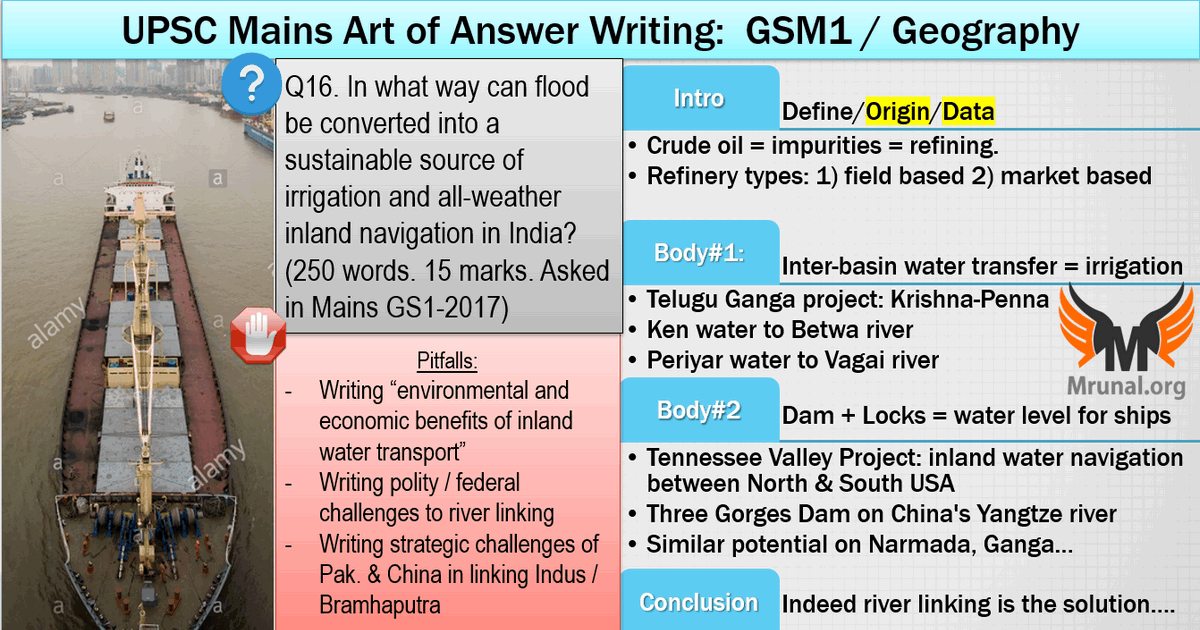 Every year, during the south-west monsoon season, on the one hand, certain parts of Assam, Bihar, and Orissa get affected by floods, whereas large parts of Haryana, Maharashtra, Andhra Pradesh, Rajasthan, Gujarat, Madhya Pradesh, Karnataka and Tamil Nadu face acute shortage of water both for drinking and irrigation.. …then body…

Instead of mentioning the state names, I could have clubbed them as ‘western and southern India’ but then it’d be difficult to fill 250 words.

Long-distance, interbasin transfer of water is not a new concept. It has been in practice in for quite some time, both in India and the World. Notable examples include:

In real exam, you can’t recall all these examples. But atleast, Ken-Betwa & Beas-Sutlej should be remembered.

While the associated canals are not large enough to facilitate long-distance inland navigation at present, but such examples can be seen elsewhere in the world. Such as the….. 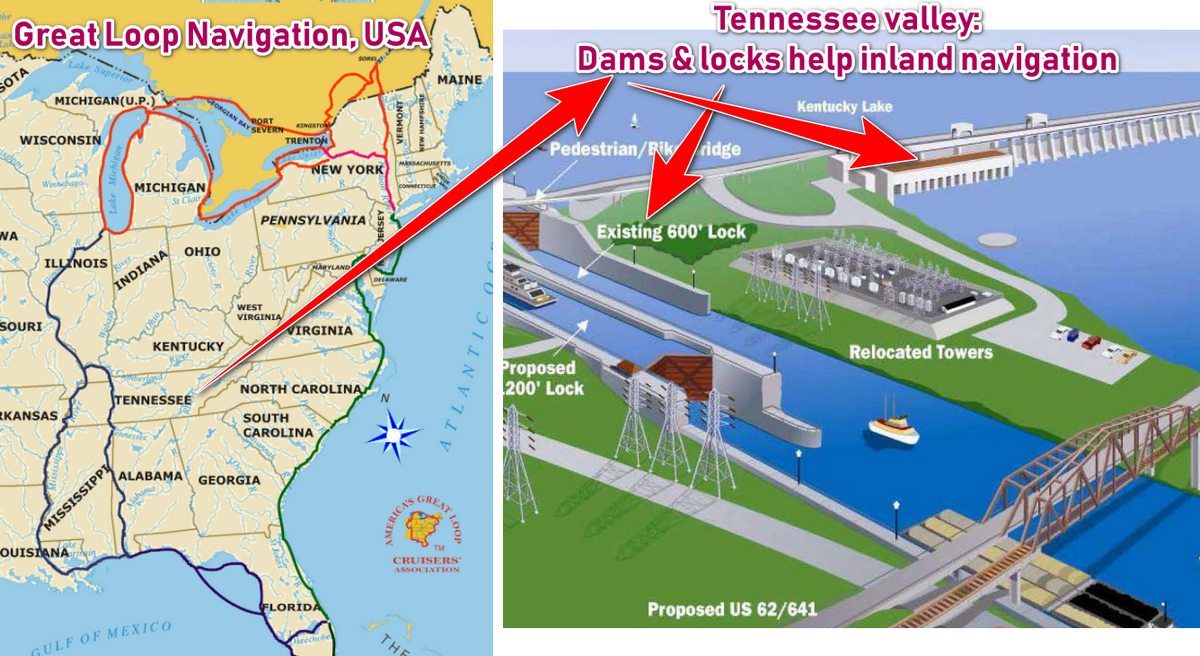 From the aforementioned solutions, it’s evident that: 1. Interbasin water transfer helps in the irrigation of drought prone areas, and reduces the vulnerability from floods.. 2. A system dams and locks aids in maintaining adequate water level in the rivers and canals for inland water navigation through out the year.

Thus, a well planned interlinking of river project (ILP) with above components can help conserve the excess monsoon flows and, use this water in drought-prone areas for irrigation. Once these canals are built, they can also be used as waterways for the transportation of men and materials.