Q. In 2018-July, the OBC subcategorization panel asked for extension for the third time. Find incorrect statement regarding this panel:

Q. Ministry of Social justice wants to set up a permanent commission for De-notified Tribes. NITI Ayog is considering to setup a panel to check its feasibility. What do you understand by the term De-notified Tribes?

HINT: 1871: The British enacted Criminal Tribes Act, and notified most of the nomadic communities as criminals. Police and revenue officials were given draconian powers to brand, penalise, segregate nomadic communities- in pretext that these communities were ‘criminal by birth and practiced crime as a profession’. 1952: Act was repealed and those tribes were ‘Denotified’. You can also read more about them in my Model Answer for Mains GS1.

Q. In 2018-July, the Election Commission of India informed the SC that it doesn’t have sufficient VVPAT machines to conduct Lok Sabha 2019 polls. What is VVPAT?

HINT: A voter-verifiable paper audit trail (VVPAT) is a machine attached with the EVM that produces a printout of the vote cast using an EVM, which can be shown to the voter to dispel doubts. This printout is then deposited in a box and can be used to resolve any dispute regarding the poll results. You can read more about it in my ARTICLE on VVPAT and EVM Totalizer.

Q. In 2018-July, National Commission for Women (NCW) chairperson, Rekha Sharma demanded to scrap the Christian practice of confession alleging that such confessions are misuse by priests to sexually exploit women, as it happened in Kerala. In this context, find correct statement(s) in this regard:

HINT: Ofcourse no Public Service Commission will frame the question in this format. But I’ve given these statements to help you brush up with the factoids!

Q. In 2018-July, W.Bengal Vidhan Sabha passed a resolution to change the name of their state to “Bangla”. Find incorrect statements in this regard.

Q. In 2018-July, Parliament discussed about Higher Education Commission of India (HECI) bill, which aims to replace _ _ _ institution(s) with a HECI.

Q. In 2018-July, Government of India has setup a panel to suggest measures and legal framework to effectively deal with incidents of mob violence and lynching. How is the chairman of this panel?

Q. (UGC-NET-2018-July) Leader of the Opposition is a member of committees which select:

Select the correct answer from the code given below :

HINT: This is an example of poorly-framed MCQ by the UGC-NET. Because all options contain (a), therefore we must accept (without knowing or checking) that indeed Leader of Opposition is in the selection for the CIC! kher, let’s check other options to refresh the memory from M.Laxmikanth’s Indian Polity | हिंदी में भी उपलब्ध:

NCW, Child commission and some other statutory, regulatory, quasi-judicial bodies are not given in detail length in M.Laxmikanth’s Polity book,. But they’re available in his other book, “Governance in India”.

Q. PARIWARTAN Scheme and SAMADHAN Scheme are associated with:

HINT: Topic was in news during 2018-July, because RBI made some comments about the technical mechanisms of PARIWARTAN Scheme.

Q. In 2018-July, Government of India decided to drop the FRDI Bill after the public outcry. Find correct statement:

Q. In 2018-July, the Lok Sabha passed a bill to provide 20% interim compensation to the victim in cheque dishonor cases. Which of the following act deals with this type of crime?

HINT: Negotiable Instruments Act, 1881. You can learn more about the types of cheques and other negotiable instruments in my Youtube Lecture Video.

Q. In 2018-July, the TRAI chief posted his Aadhar Number on Twitter and challenged users to do him any harm. Subsequently, UIDAI advised people to refrain from posting Aadhar numbers online. Find correct statement in this regard:

Q. In 2018-July, UN Secretary-General has warned the member states that UN is facing financial troubles, and will run out of cash. Find correct statement in this regard:

HINT: Ofcourse, such longwinded and complex statements may not be given in the real exam but the objective of this [T25] is not to replicate a real exam like MCQs but rather to jog your memory for the factoids that may appear in real exam.

Q. Find the correct statement about the annual BRICS summit, 2018.

Q. In 2018-July, India and USA declared intention to sign COMCASA agreement. What is its objective?

Q. In 2018-July, Defence Minister Nirmala Sitharaman said we are soon to purchase S-400 Triumf missiles. What are they?

Q. In 2018, World Health Organisation’s (WHO, Geneva) adopted a resolution for global efforts to control snakebites. Who among the following are the most common poisonous snakes of India? 1) Cobra, 2) Common Krait, 3) Rat Snake, 4) Viper.

Q. In 2018-July, Environment Pollution Prevention and Control Authority (EPCA) recommended to the Supreme Court that Delhi’s buses switch from CNG to H-CNG within the next two or three years. Find correct statement(s) about H-CNG?

HINT: Cleaner yes, Cheaper no- because you’ve to mix it CNG with hydrogen. H-CNG has not yet gained worldwide currency. Trials have been held in countries such as the US, Canada, Brazil and South Korea. 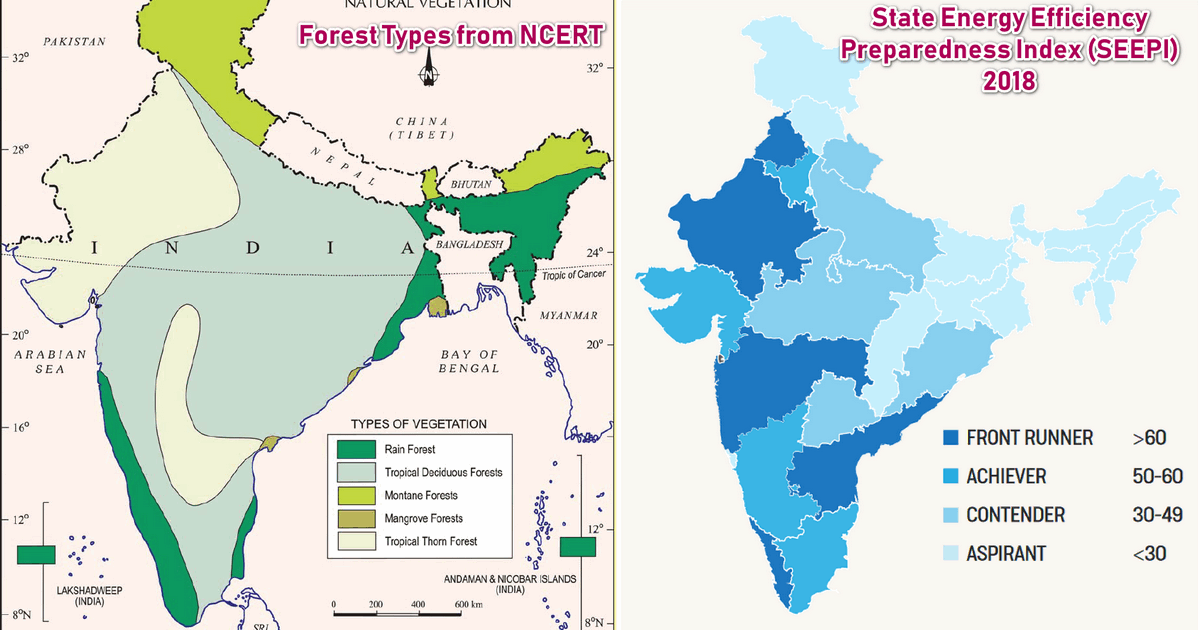 HINT: Look at the हेकड़ी (arrogance) of UGC-NET! Its own existence is in “endangered” by HECI bill, yet asking about Environment MCQs to ‘showoff’ ke ‘we are like UPSC’.