Question on Urbanization in Mains GS-Paper1

Finally, I’ve reached the LAST QUESTION of UPSC Mains GS Paper-1 (2017). At times I felt leaving this article-series half-finished, because some of the questions were too tough / abstract / vaguely worded to prepare model answers. But with the grace of Almighty, finally, we are here:

Q20. “The growth of cities as I.T. hubs has opened up new avenues employment but has also created new problems. Substantiate this statement with examples. (15m, 250 words, asked in UPSC Mains-GSM1-2017 ) 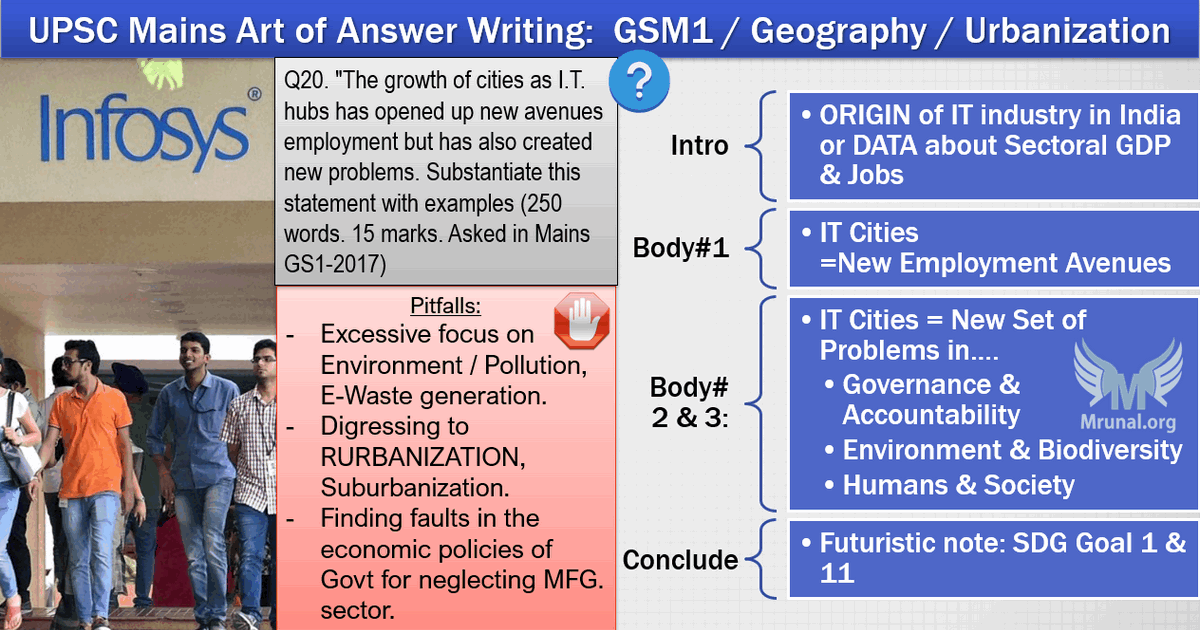 For educational purpose, I’ve elaborated the job-lists. But to save space in exam, just compress the list. e.g. POINT#6: “Young IT professionals form a consumer base with large disposable incomes. This creates demand and jobs in the retail- shopping, recreation and hospitality industry.”

Don’t waste too many words on ‘suburbanization’. Question is about IT-cities, not their suburbs.