Q18. The women’s questions arose in modern India as a part of the 19th century social reform movement. What were the major issues and debates concerning women in that period? (250 words, Asked in GSM1-2017) 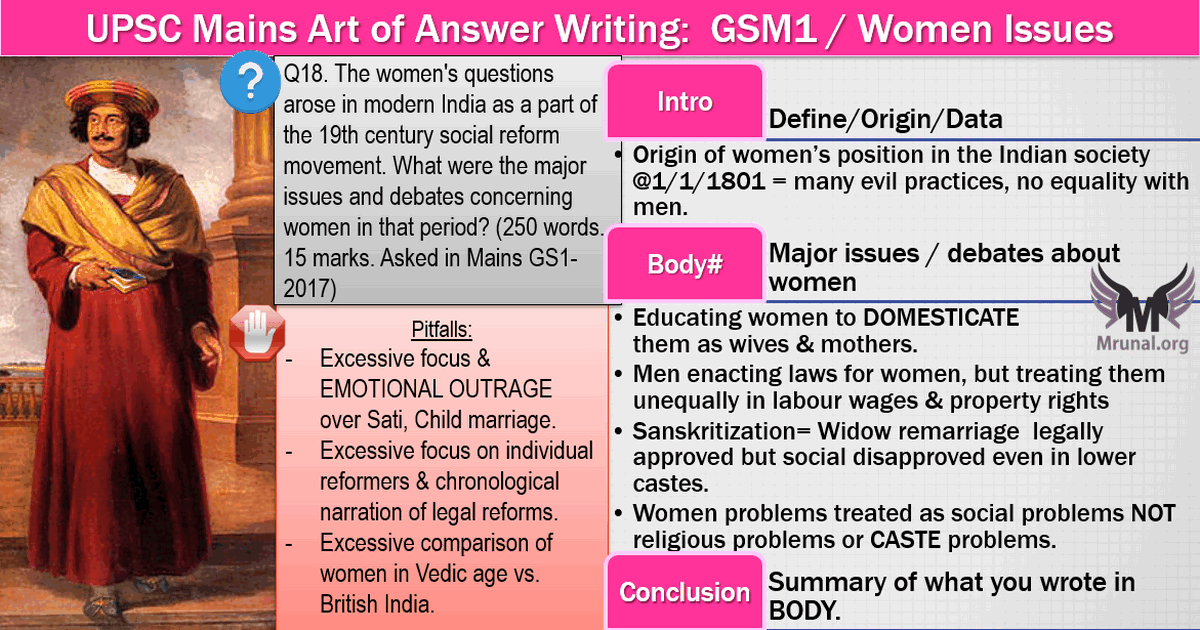 In in 19th century India, the debates concerning women Just like the color-theme of this infographics- full of stereotyping!

Since we are asked to write about women issues in 19th century (1801-1900), that means we’ve to give ‘origin’ about what was their life like- at the beginning of 19th century (i.e. 1/1/1801). Don’t bowl from too far away from the pitch like “Rig Vedic Women enjoyed high status in society, Lopamudra, Ghosa even authored vedic hymns…” स्टेडियम के बाहर से बोलिंग नही करनी है.

You need not mention individual reformers or individual laws- “B.M.Malbari -> Age of consent Act 1846”. Else you’ll run out of space before touching other ‘issues and debates related to Indian women’

But, women given unequal treatment before the Law

Educating women to domesticate them as better wives & moms

So, this is an example of ‘Debate’: Woods & co. wanted to make Indian girls better mothers, whereas Tarabai, Ramabai et al. wanted education to mean more than just “home science”.

Since the ancient times, Indian women participated in agricultural, animal husbandry, fisheries and allied activities. But during 19th century-