Sikkim is the first ‘Organic State’ in India. What are the ecological and economical benefits of Organic State? (150 words, 10 marks, asked in Mains-2018)

Relevance to Syllabus of UPSC GSM3: (1) Major crops-cropping patterns in various parts of the country, (2) Conservation, environmental pollution and degradation.

Instructions for self-practice in Answer Writing

Introduction: Define and give origin 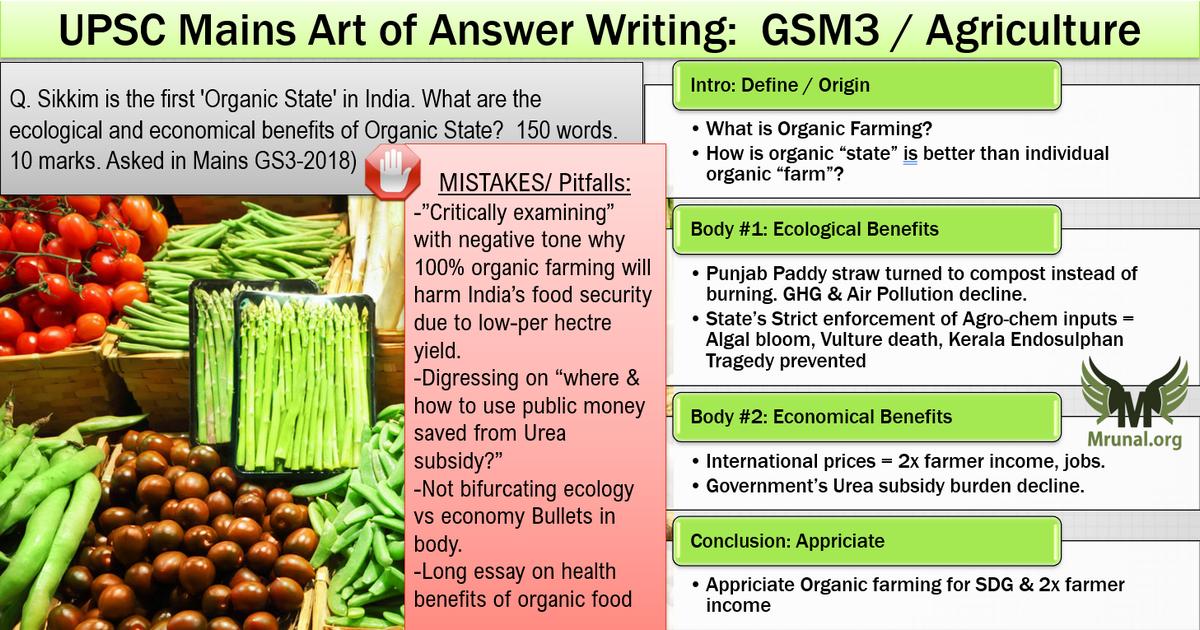 IF you don’t have enough points in body then pad the introduction with “Origin”. Else, you can just define organic farming and start body-1

Mind the words: “less vulnerable”, not “completely immune”, because industrial effluents can still cause algal bloom. So, just because examiner asked benefits doesn’t mean you’ve to draw a picture that “rivers of honey and milk will flow and Ram Rajya will be established.” उत्साह मे अतिशयोक्तिपूर्ण जवाब नही लिखना चाहिए.

These many points more than sufficient for 150 words, but can you think of more environmental benefits? Do share in the comments below!

These many points more than sufficient for 150 words, but can you think of more economical benefits? Do share in the comments below!