Related questions in the past UPSC Mains Exams 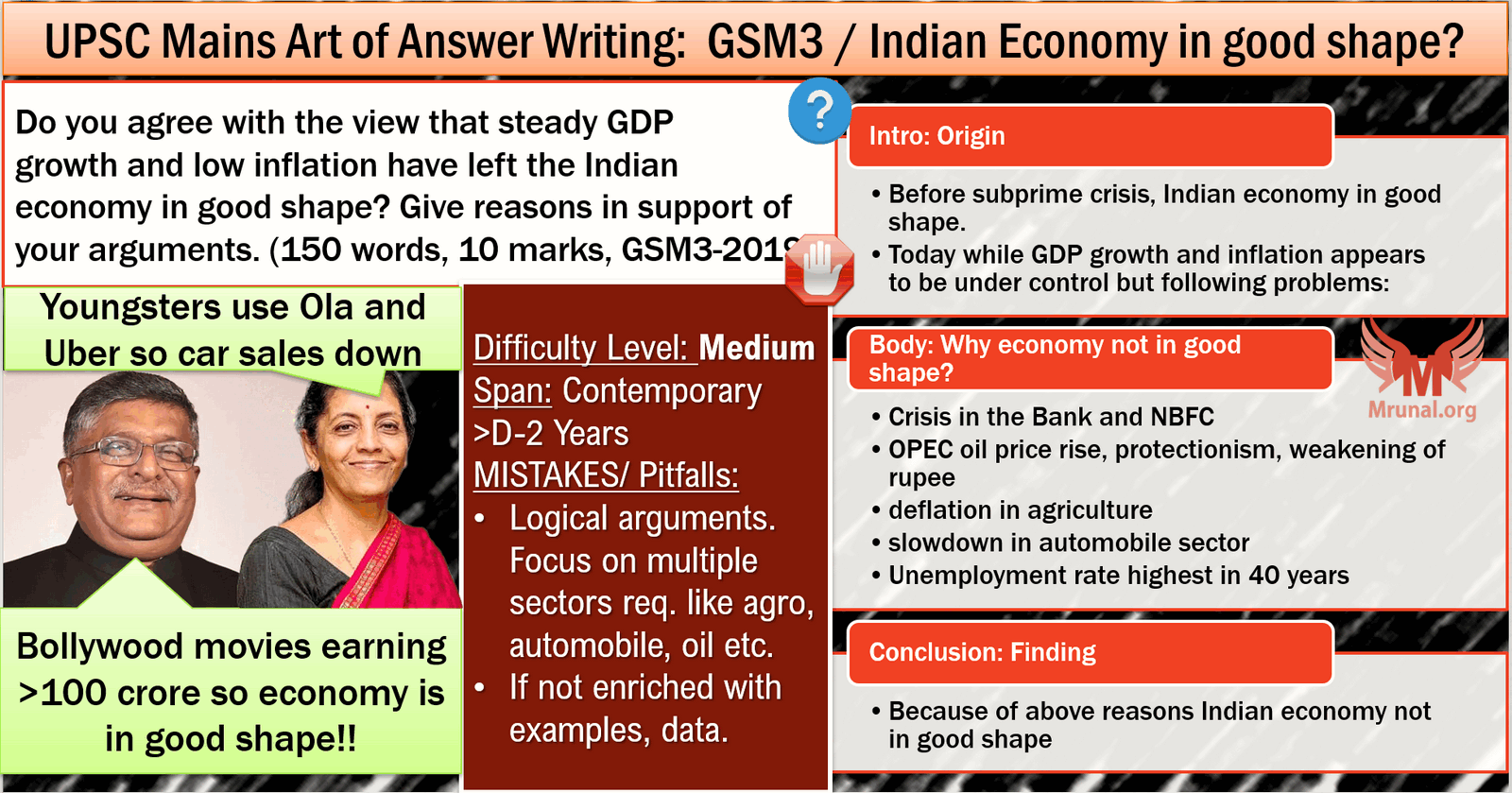 This is an opinion based question so writing definition of GDP or inflation looks very superficial, we have to start with the origin of the problem.

Body: Economic health is not in good shape

Conclusion: Finding: why you disagree with Q statement

Mistakes in Answer Writing: Economy not in good shape