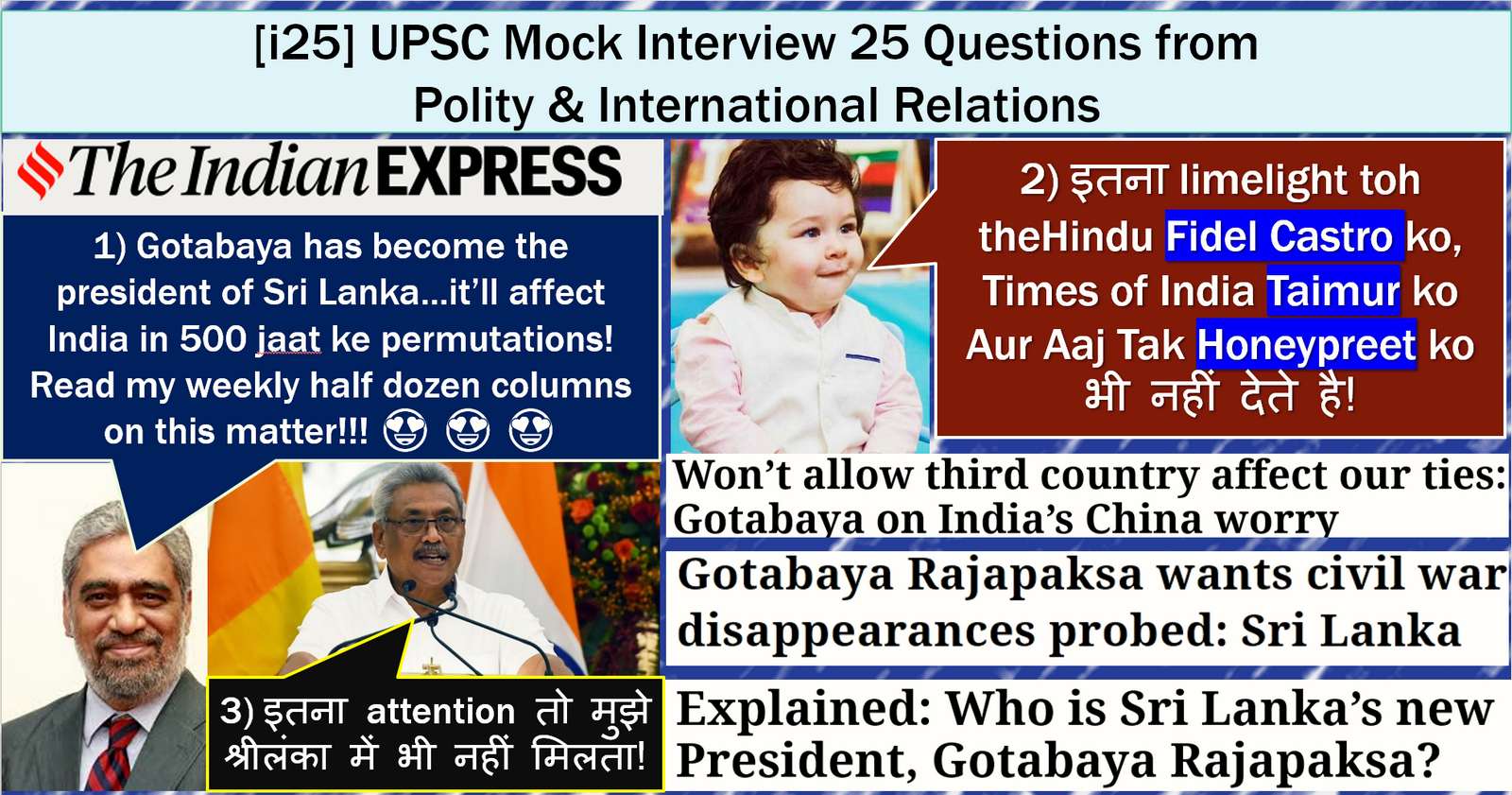 Unless you’ve given very high preference to IFS (Foreign Service) e.g. 1st or 2nd preference, the IR questions are rare in official UPSC interviews. Because your 25-30 minutes will be over within DAF & National Qs. So, don’t spend excessive amount of time preparing IR for Interviews.