Trend Analysis of the Geography MCQs in UPSC prelim exams? 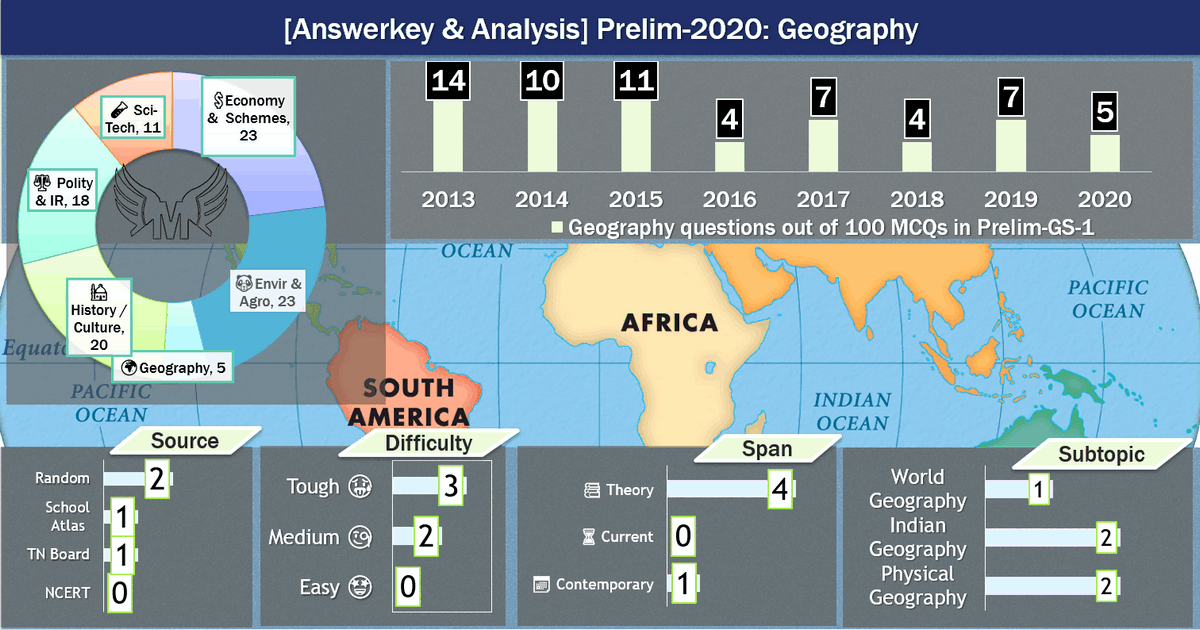 Except the Volga river and jet streams, others MCQs are asking such details, which are not directly solvable from the routine books.

Therefore, majority of the questions are medium to tough categories.

Anyways, when barely 5 questions are asked, there is not much left to compare and contrast and analyse and strategize in comparison with past year.

(Pre’20-SetB) Q.53. With reference to Ocean Mean Temperature (OMT), which of the following statements is/are correct?

Difficulty : Tough ? this much information is not available in routine books. It seems to be lifted from of random The Hindu article published 2 years ago

? GuessMaster-GiriTM: ?Partially Possible If you believe in the rule#2 that GM-Rule#2: Dates, Years & figures are always wrong in statement → Then first statement should be wrong because they contains data related to temperature and depth, so, we are We are 50:50 between B or D.

Which of the statements given above is/are correct:

In India, which of the above is/are officially designated as major minerals?

[a) East of Aksai Chin

Difficulty : Medium ?  Volga-Caspian Sea pair is given in NCERT. Others require command over the world map.

Stay Tuned for the Detailed Answerkeys with Explanations at Mrunal.org/prelims