Maternity Benefit Act
women in the labour force who have been employed for 160 days in a year to provide leave with pay and medical benefit.
Vishaka Case
SC gave the guidelines regarding protection of women @work places against sexual harassment. 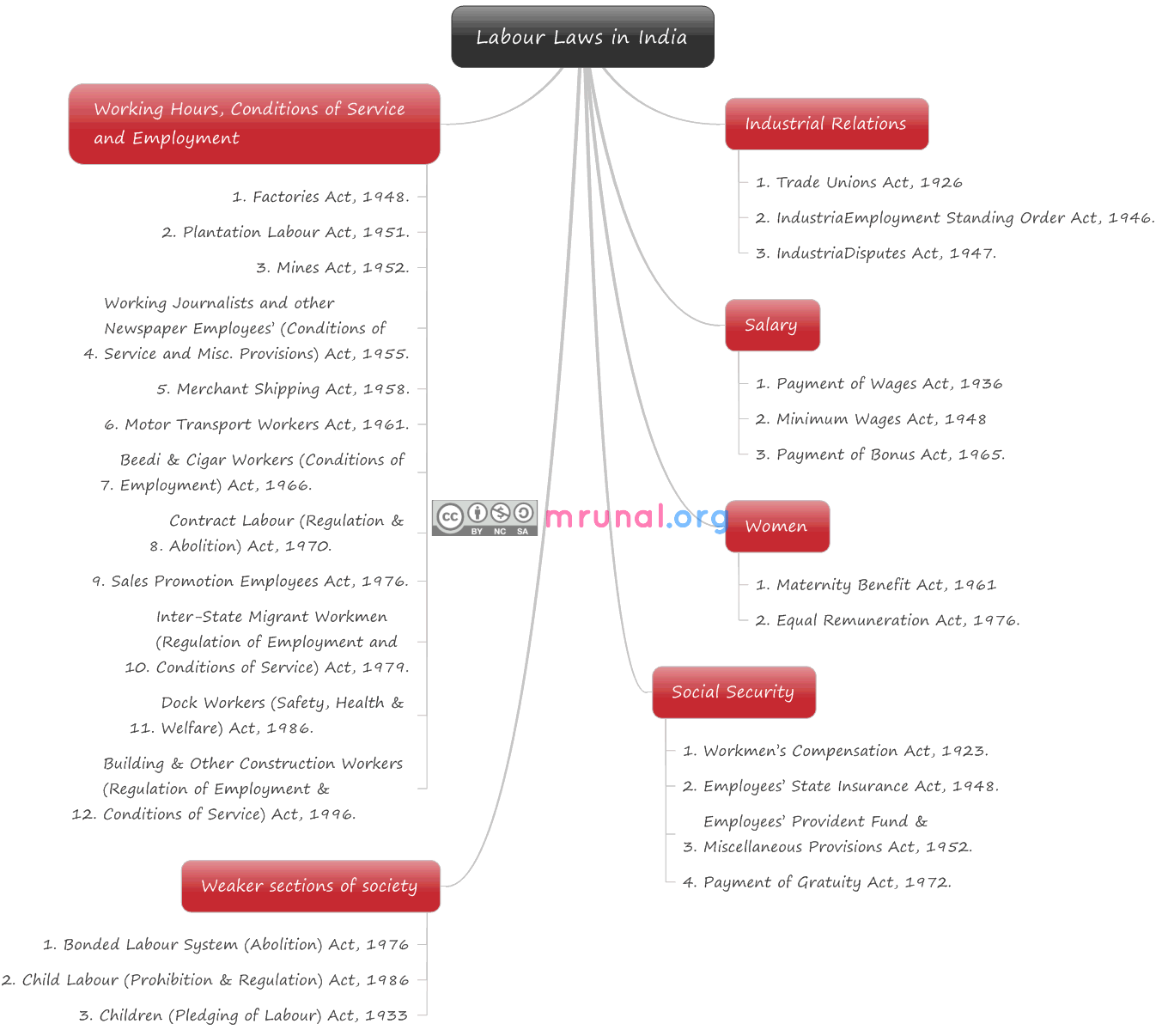 Industrial Tribunals deal with collective disputes such as

A settlement arrived at in the course of labour court/ industrial tribunals is binding on all parties to an industrial dispute.

There are two main types of retirement benefit generally available to workers.