What Is Fiscal Marksmanship? 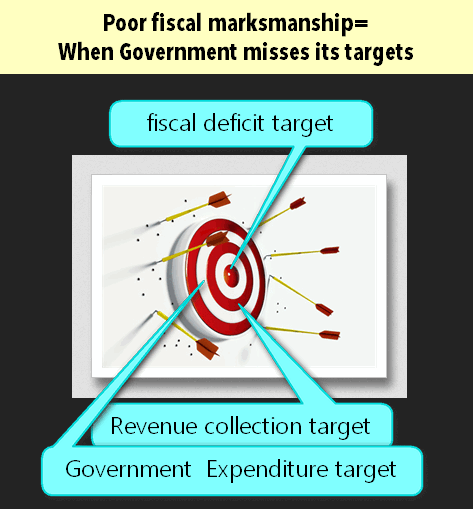 It is the ratio of revenue collected from imported items vs the value of imports in a year. Collection rates have decreased last year because

The 14th finance Commission will look into following matters

Therefore Government must stick to the fiscal targets. Although, Government cannot rapidly reduce its outgoing money (expenditure) because

Thus the annual budget has to maintain a delicate balance between

Q1. What is the correct equation of effective revenue deficit?