How to measure inflation?

There are three ways

Earlier Government  used to give weekly primary and food inflation data based on the Wholesale Price Index. But this practice has been discontinued since 2012.

Why Govt could not control inflation?

Therefore, export bans are like firefighting / short term quickfix solutions. They donot solve the fundamental problems of Indian economy, infact they worsen it in long run.

FDI and infra= No quick results

Government is on the path of “fiscal consolidation” so it increased the prices of petrol, diesel and reduced the number of subsidized LPG cylinders. These moves have increased the inflation.

Let’s do a recap: from SBI mananger’s point of view

So what will be the impact on liquidity when RBI changes these rates?

To put this in refined words: the tight monetary policy of RBI decreased the flow of

credit (loan) to productive sectors of Economy and hence negatively affected the growth. 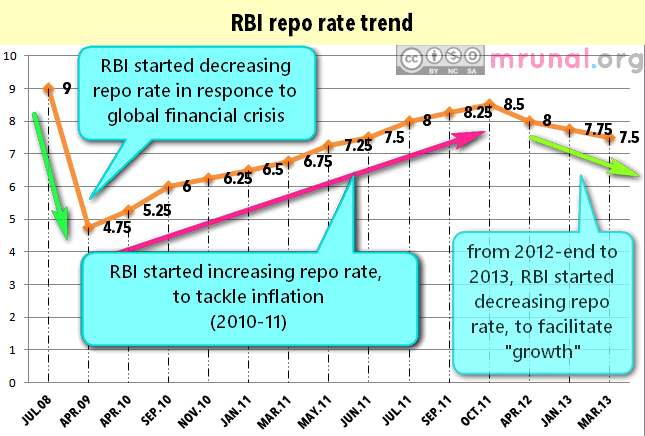 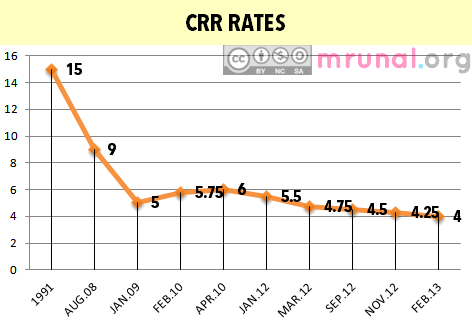 As you can see, between 2010-11, here too, RBI kept increasing CRR rates to curb inflation. But from 2012 onwards, RBI has started decreasing the CRR. 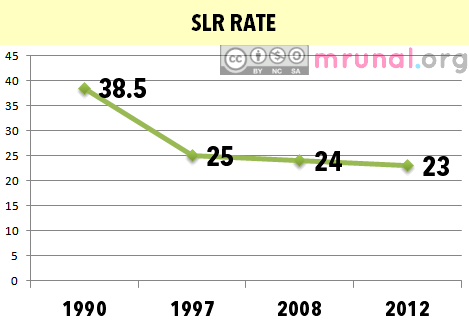 As you can see, RBI hasn’t changed SLR much in last three years.

On a side note: