What is Inner Line Permit (ILP)? 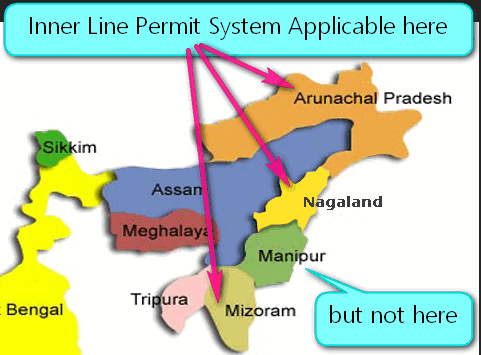 What’re the Implications of ILP?

Why ILP in MiNA but not in Manipur?

Inner line permit should be implemented in Manipur because

The case of Meghalaya

Q2. Which among the following were princely states during the making of Constitution?

Q3. Moving from North to South, which is the correct order?