Since this is American story, our routine characters (Mohan/Chindu) won’t have big roles in this script. Let me introduce the main protagonists in QE/FT game: 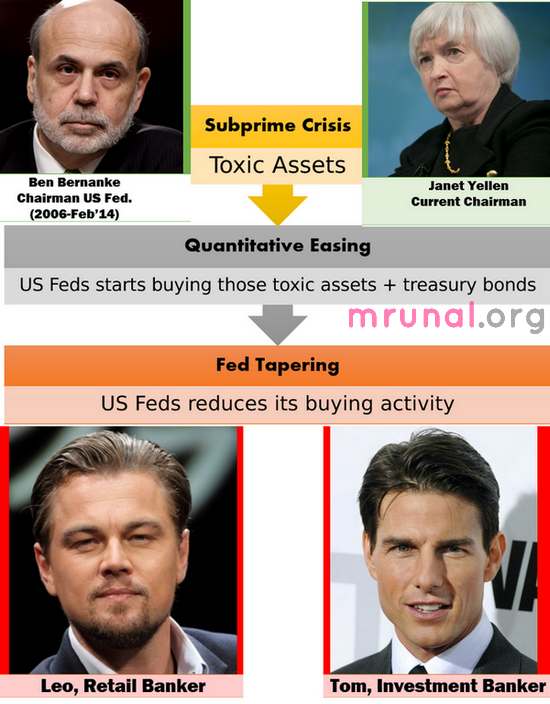 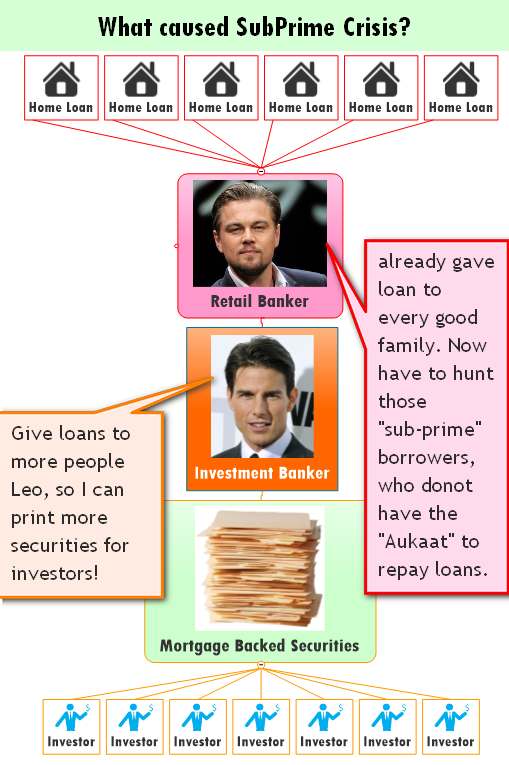 The Fall of MBS

What do we have now?

Let’s collectively call them “TOXIC Assets”.  (In India, we may have called them NPA, non-performing assets.)

How can American RBI (US Federal reserve) fix this mess caused by Subprime crisis? One solution will be:

In the 90s, American federal fund rate = used to be in the range of 4-6%. (To crudely put, IF American banks borrowed money from American RBI (US Feds), then American bank will have to pay 4-6% much interest rate.)

Ben Barnanake indeed reduced the interest rate- close to 0% but it didnot workout exactly as planned. Why? 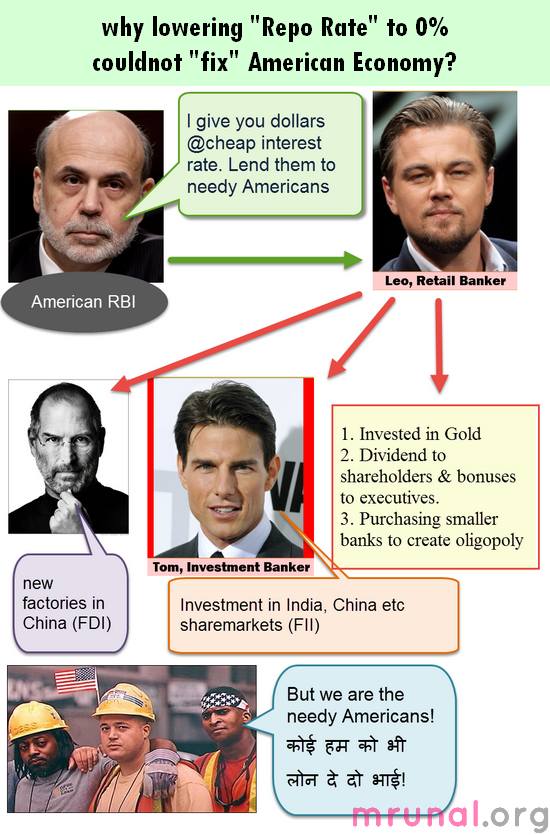 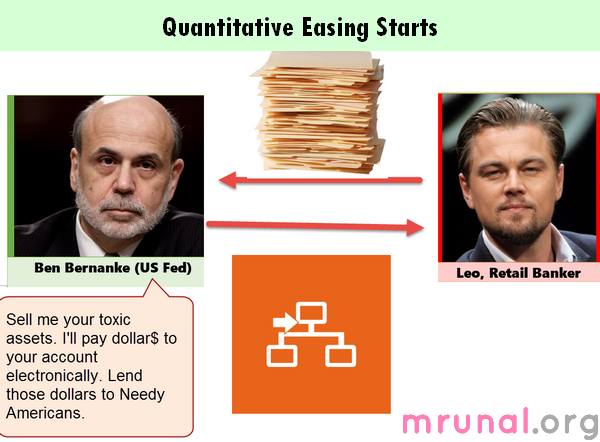 ok, so, what is happening here? Money supply increased or decreased?

This is called quantitative easing

Anyways, let’s move on: Quantitative Easing was done in three phases, starting from 2008. 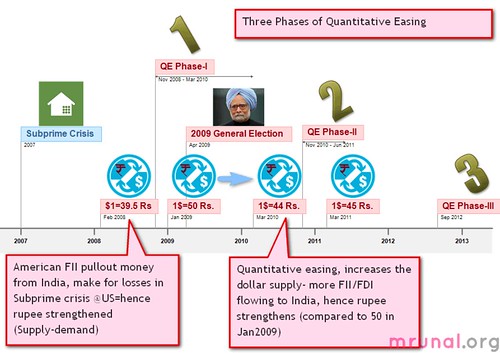 Note: these dates and numbers are not important for exam. I’ve listed them only to demonstrate how events unfolded.

So what do you see? IS Rupee strengthening or weakening?

Why? Because if those FDI/FII players want to invest in India, they need to convert their Dollars into rupees.

Is it good or bad?

Enough of Phase 1, let’s move to

Leo (any American retail bank) is still not processing loan applications quickly. Because there are no  “prime” borrowers- left! Almost everyone is broke / subprime thanks to recession. Besides, given the FDI, FII outflows from USA, local companies are not getting any capital to expand business. 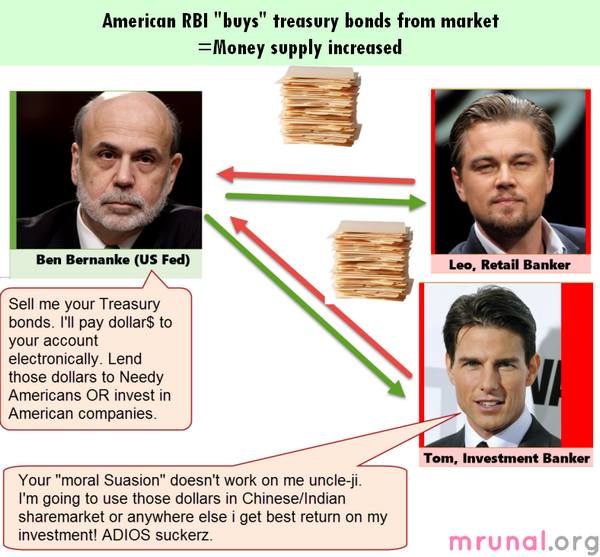 You can see rupee almost steady at around 44-45. Meaning dollar kept coming to Indian market in form of FDI and FII. (That’s why rupee demand was higher, and rupee remained strong.)

For how long, will you keep throwing more and more money like a defeated gambler?

For how long, will you keep creating more and more (electronic) dollars out of thin air and let them vanish in India, China and other third world countries?

Man I’m sick and tired of mugging up your QE data for stupid competitive exams. Please stop this nonsense ASAP.”

Ben finally gains some enlightenment, “I cannot go on like this forever! Have to stop QE at some point.”

When will Ben stop QE?

Two main reasons why it was (mostly) bad

This nuisance of FII hotmoney= one of the biggest reason why sharemarket has gone up and down in a volatile manner in recent years.

With inputs from Mr.Shivaram G.

Mock questions, after we are done with fed tapering in next article.