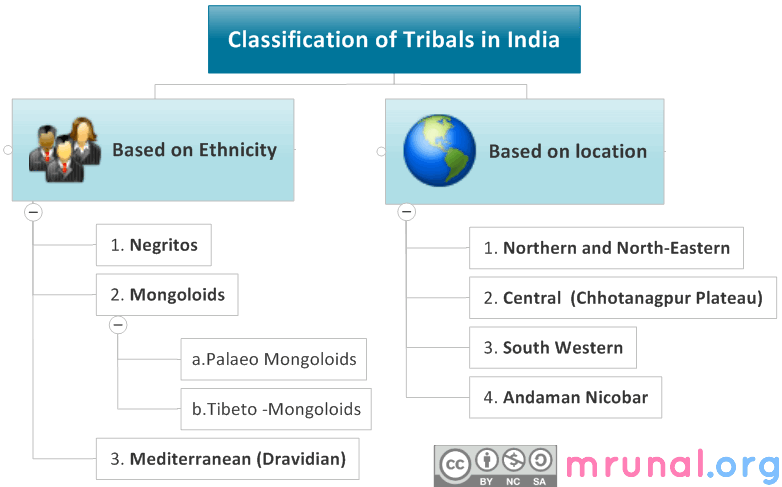 Classification A: Based on Ethnicity

Classification B: Based on Location

In the mountain valleys and other areas of North-East, Indian tribes largely belong to Mongolian social stock. The tribal people are distributed all over the sub-Himalayan region and the mountain valleys in the North-East from Simla in the West to the Lushai hills and the Mishmi track in the East which merge imperceptibly with those of Burma in the South-East. It covers Assam, Arunachal Pradesh, Meghalaya, Nagaland, Tripura, Manipur and Mizoram, Eastern Jammu and Kashmir, Himachal Pradesh, Tarai areas of Uttar Pradesh and the mountaineous West Bengal.

There are various scattered tribal groups like the Andamanese and such other tribes of Andaman and Nicobar Islands, and other Union territories.
The aborigines of the Andaman Islands may be described as a race by themselves, and can be divided into two groups, i.e.,