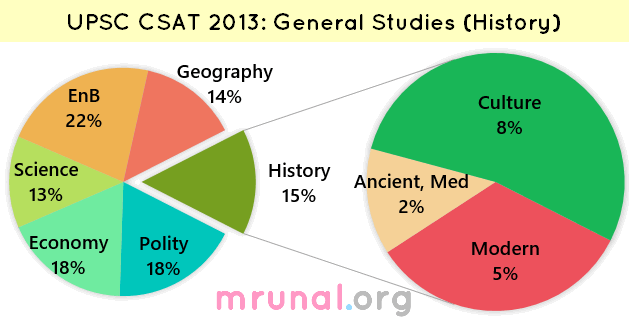 Total five MCQs from this section:

1. The people of India agitated against the arrival of Simon Commission because

The response (to formation of Simon Commission) in India was immediate and unanimous, that no Indian should be thought fit to serve on a body which claimed the right to decide the political future of India, was an insult that no Indian of even most moderate political opinion was willing to swallow.

2. Quit India Movement was launched in response to

After the failure of Cripps mission, Gandhi decided to launch his third movement against the British Rule.  This was the Quit India campaign, which began in August 1942

Why had it become necessary to launch a (Quit India) movement in these difficult conditions, when the possibility of a brutal repression was a certainty?…..For one, the failure of the Cripps mission in April 1942 made it clear that Britain was unwilling to offer an honorable settlement….

3. The demand for the Tebhaga Peasant Movement in Bengal was for

It was the Tebhaga struggle in Bengal that held the limelight. in 1946 the sharecroppers of Bengal began to assert that they would no longer pay a half share of their crops to Jotedars but only 1/3rd and that before division, the crop would be stored in their khamars (Godowns) and not that of the Jotedars.

Select the correct statement/statements using the codes given below.

5.The Ilbert Bill controversy was related to the

A major agitation was organized during 1883 in favor of the Ilbert Bill which would enable Indian magistrates to try Europeans.

Select the correct statement/ statements using the codes given below.

Therefore, answer B) Only 2.

2. The Chinese traveller Yuan Chwang (Hiuen Tsang) who visited India recorded the general conditions and culture of India at that time. In this context, which of the following statements is/are correct?

Now comes the tough and boring part, where use of internet and random googling becomes necessary lolz.

1. In the context of cultural history of India, a pose in dance and dramatics called ‘Tribhanga’ has been a favorite of Indian artists from ancient times till today. Which one of the following statements best describes this pose?

Hence A is the answer

Who among the above was/were preaching when the Lodi dynasty fell and Babur took over?

When Lodi Dynasty fell in 1526 in the Battle of Panipat,

Hence answer is B) Only 2

3. Some Buddhist rock-cut caves are called Chaityas, while the others are called Viharas. What is the difference between the two?

Three structures were the most important in Buddhism namely Chaitya, Vihara and Stupa.

Hence answer is B)

4. Which one of the following describes best the concept of Nirvana in Buddhism?

5. Which of the following statements is/are applicable to Jain doctrine?

6. With reference to the history of philosophical thought in India, consider the following statements regarding Sankhya school:

anyways unable to locate reliable source that directly validates or rejects first statement. so no very sure.
Update Jun-26-2014: UPSC uploaded official answerkey. Correct answer is: B only 2 correct.

IGNOU BA Philosophy Course Code BPY-005, Chapter 4 Yoga Philosophy, Page 46
The Yoga presents a practical path for the realization of the self whereas the Samkhya emphasizes the attainment of knowledge of self by means of concentration and meditation. therefore, statement #2 correct.
Answer: don’t know. B / C.

7. With reference to the history of Indian rock-cut architecture, consider the following statements:

Which of the above places is / are also known for mural paintings?

Hence answer (B): 1 and 2 only. (or may be C: all three)
Answerkeys for remaining topics, coming soon + thanks Mr. Palas Nuwal and Mr.Shiva Ram for providing inputs.