In this article, we shall see certain South Indian festivals.

UPDATE: In May 2014, SC Banned Jallikattu altogether, this article was written before that happened.
Q.What is Jaliikattu? List the guidelines set by Supreme court (SC) and Government of India(GoI) for organizing of this festival. (200 words) 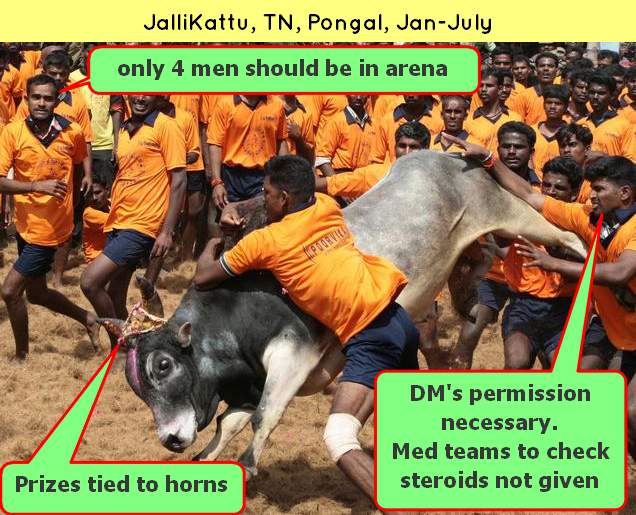 Jallikatu= “Salli” kassu (coins) + “Kattu” (meaning a package) tied to the horns of the bulls as the prize money.

Interview: Culture traditions and religious sentiments apart, Do you think JalliKattu should be banned completely?

Why in News? Because its held during this time!