Here I’m only giving the outline of the theories. For more details, refer to NCERT Sociology, Class12, Chapter 2, “Demographic structure of Indian Society”.

A country is said to be in “Demographic dividend” phase WHEN

We can see, by 2020, India will have the youngest population among all four leading economies.

However, to reap the Demographic dividend, we must invest in Health, education and skill Development of the young generation. In the previous part, we learned about the health related issues and schemes. In this part, we shall see education, skill Development.

Jaitley did not elaborate the features of these schemes. Hence nothing much to write at the moment.

New IITs and IIMS under budget 2014

Following Locations not important except for interview-profile based Questions

NYP-2014 will focus on 11 pillars. I’ve consolidated those under five heads. Existing schemes will be streamlined, converged to give maximum focus on following areas: 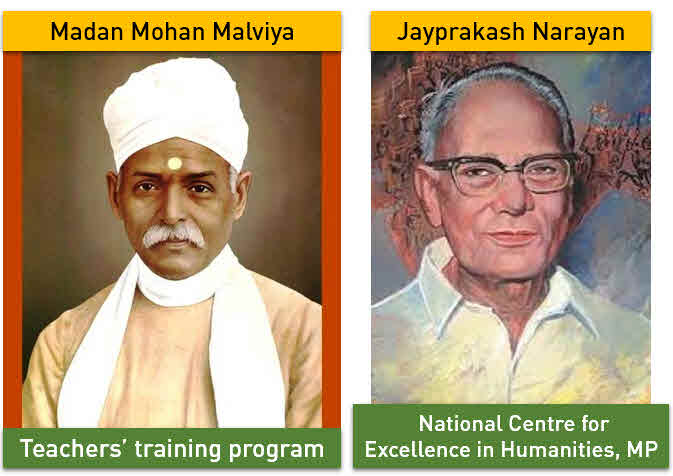