What about Railways and Postal department?

Railways and Postal department are not “public sector enterprises” (PSE) or public sector undertaking (PSU) because of the following reasons:

Above 75:25 rule continued till 31st March 2013. After that, NIF Money is used for following purposes

And Government budget will decide where to spend money among these sectors. For Budget 2013, NIF money was spent on Bank recapitalization and Indian railways. 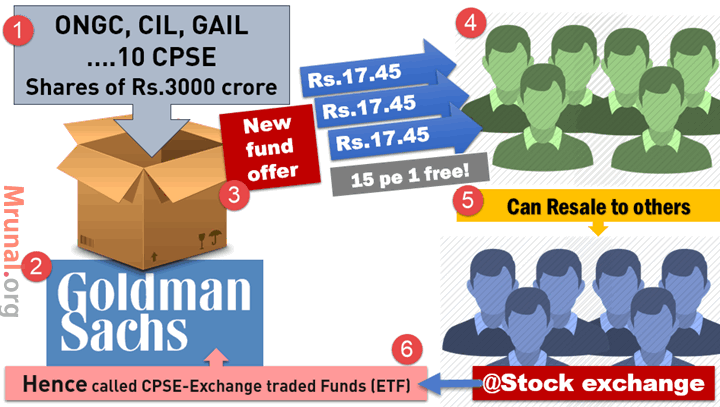 How is CPSE ETF different from Mutual funds?

Cost benefit of mugging up this topic= bad. But putting for the record.