Consider this a “Fork” of the Economic Survey chapter 9 on Agriculture and food production. 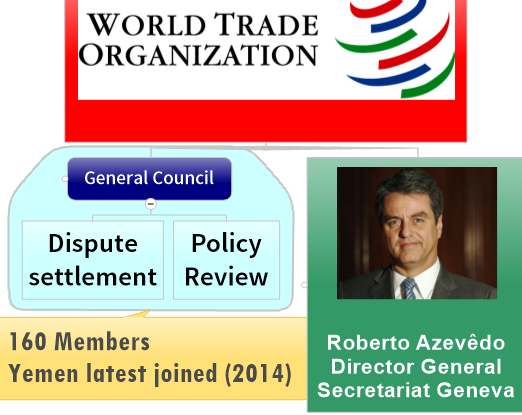 Tariff and Non-Tariff Barriers to Trade

All countries want to protect domestic industries and prevent entry of foreign players.  So, they create two types of barriers to International trade:

Gist of the whole controversy surrounding India, WTO and TFA

Five categories of agreements (or 6, depending on which book you refer!)

WTO has many other agreements but hard to memorize and fit into a 200 word answer anyways. 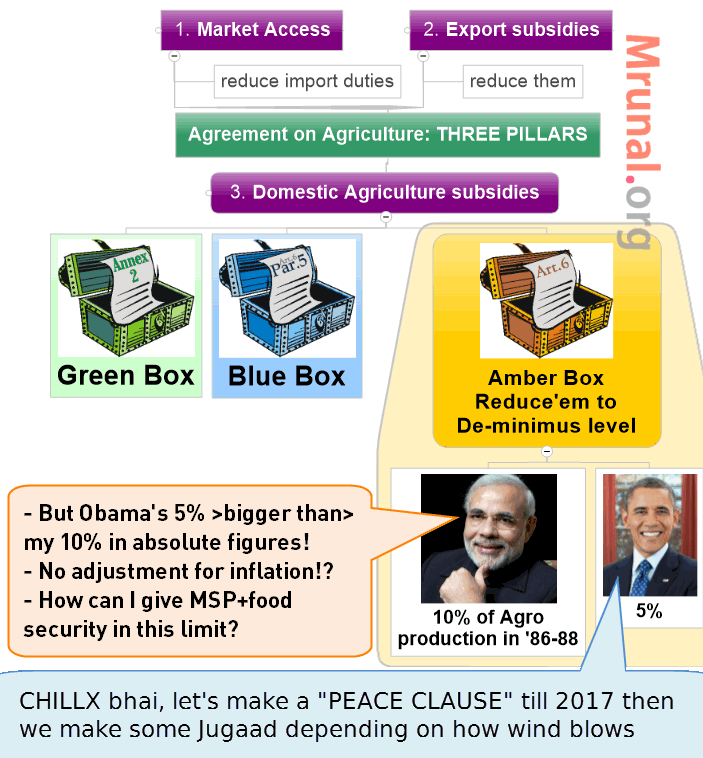 Q. Explain De-Minimus limits in WTO’s agreement on agriculture. Why is India opposed to it? (200 words)

** Besides if they’re L.D.C=> they’ve no “AUKAAT” to give truckload of subsidies anyways.

Why is India opposed?

What is Bali summit and Peace clause?

What is Trade Facilitation Agreement?

Manniram is happy knowing that Modi has refused to sign TFA!

Q. Write a note on the salient features of Trade facilitation agreement (200 words)

Under TFA, Every member:

They’ll get financial and technical help to comply with above rules.

A simplified customs clearance mechanism will boost international trade, and thereby it will

~280 words. But in exam, all points can’t recalled so it’ll automatically “FIT” the 200 words limit!

Modi Government has refused to sign TFA before deadline (31st July 2014), because:

Therefore, Government has decided to use TFA signature as a “Bargaining Chip” for a permanent solution of food subsidies issue.