Who gets what? Prices and Entitlements in NFSA 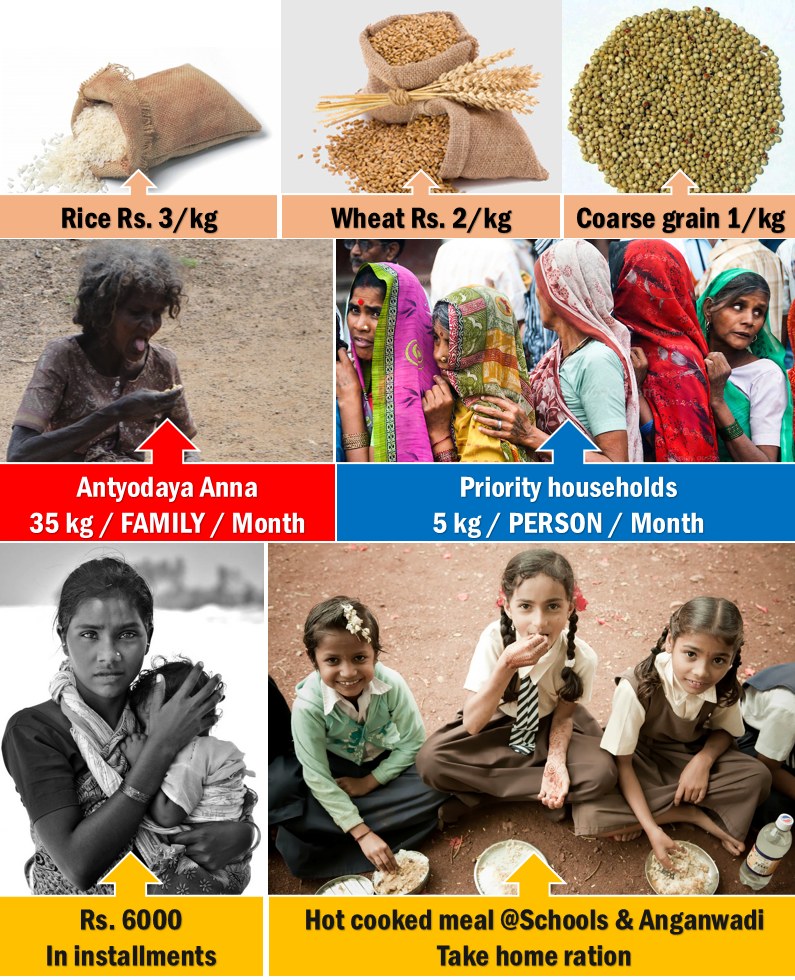 Ration card in the name of eldest woman of household. If not available then eldest man

*Assistance to pregnant women under NFSA, is similar to Indira Gandhi Matrutva Shayog Yojana, under which pregnant women are given Rs.4000 in 3 installments