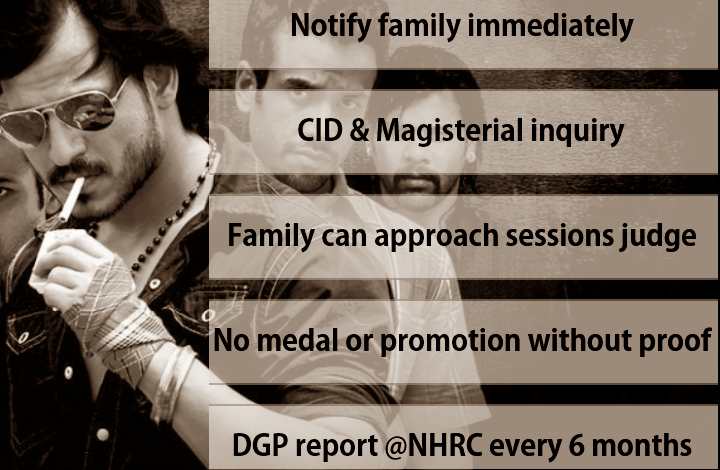 We should “downplay” fake encounter because:

In Indian police- the “expediency / firefighting” is taking over the professionalism and ethics, due to

In such scenario, senior police officers order fake-encounters, to tone down public criticism.

Mock Question (GS2): Transparency of action and accountability alone can check abuse of police power. In this regard, discuss the recent guidelines of Supreme court meant to stop fake encounters. 200 words.

P2: SC Guidelines: Freeing the under trials, CrPC 436-A 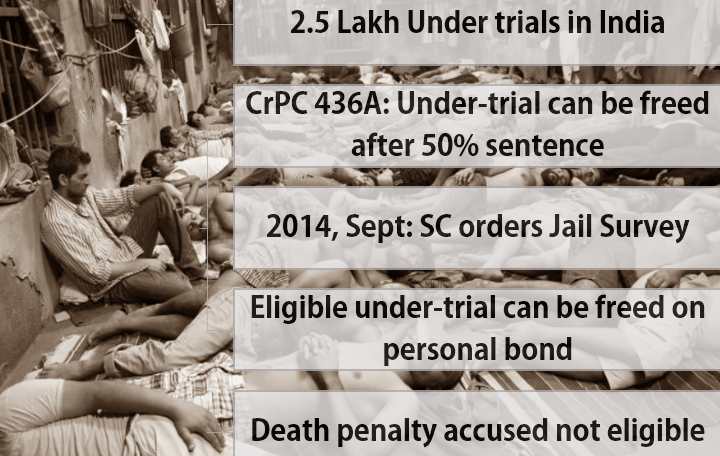 Not many under trials will benefit from this SC-judgment. Because:

Mock Question (GS2): High proportion of undertrials is a reflection of the pathological failure of the criminal justice system. In this regard, list the recent directive by Supreme court of India and suggest long term reforms, if any. 200 words.