Why need for new Road act?

Ya, but Why need new act?

1988: Motor Vehicle Act was made. It has outlived its utility because:

The old act doesn’t cover these aspects. Therefore, we need a holistic Act at par with international acts in road sectors. After the death of Ex-Union Rural Development minister Gopinath Munde in a road accident, Government finally woke up and began working towards a new Act.

Overall Vision of the Bill: 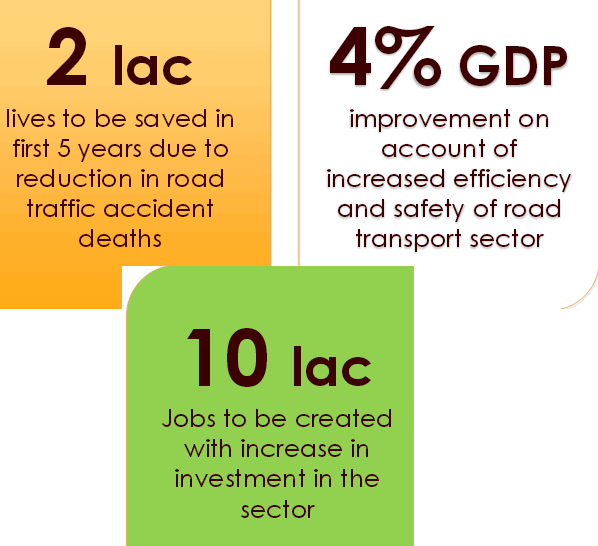 Truck Union did not like this bill. NOT ONE BIT. They give following reasons:

CSAT Prelim: which of the given is a statutory body? Which of the following are the provisions under Road Safety bill 2014 -they will give you some of the good sounding “suggestions” which are not part of the bill (e.g. mandatory sleep for truckdrivers), you’ve to eliminate accordingly.
Mains