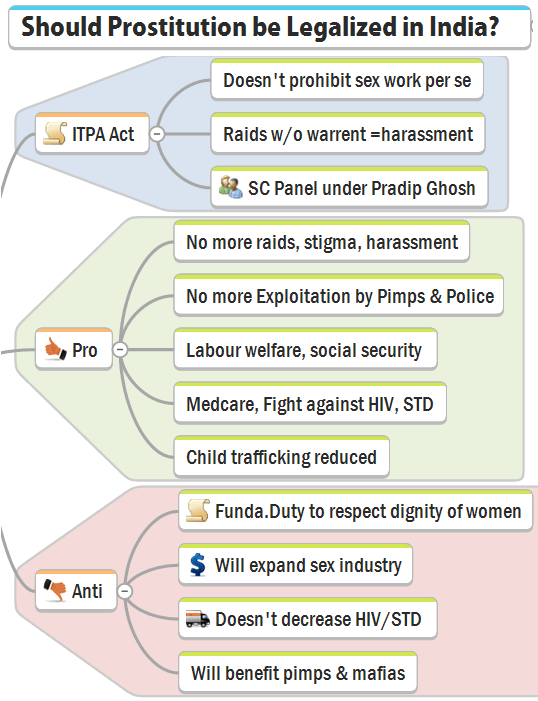 Anti-Arguments: Sex trade must not be legalized bcoz:

Except the political empowerment front, we are among the 20 most-bogus countries in the world on gender imbalance.

Relevance: fodder for the topic “need for uniform civil code in India” in Essay / Interview. Classic mistake by many candidates- when they hear “uniform civil code”, their points only center around Muslim personnel law and “talaaq”. But an ideal answer needs to discuss status of women in other religion as well.

Indian Succession Act, 1925 says: in a Christian house, IF a son dies without writing will, and there are no children/grandchildren, then:

Topic in news because BJP-MP Hema Malini said many of these widows have high bank balance and yet begging for more money, they should leave Vrindavan.

Relevance: a few fodder points for descriptive question / essay from a Hindu column.

UPSC’s proforma vs rights of disabled

Exam-Relevance: None, because I don’t think UPSC will ask question on a case where they themselves were defeated. Anyways let’s check the matter:

(GS2) Write a note on the origin and function of Chief Commissioner for persons with disabilities. 100 words