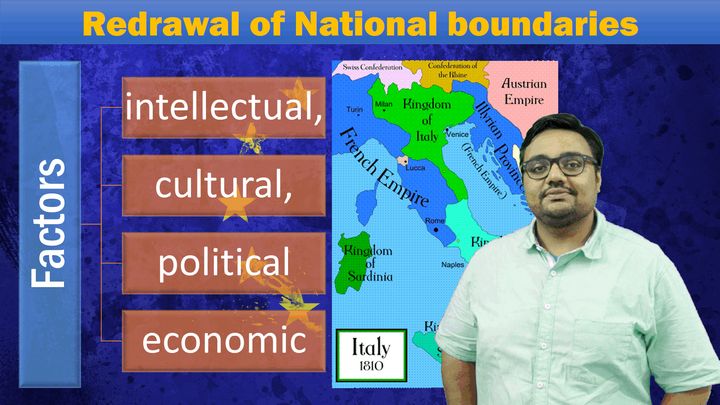 On April 4, 1814, a defeated Napoleon abdicated the throne, marking the end of a catastrophic quarter-century of revolution and warfare. The French Revolution (1789–1799) and the Napoleonic Wars (1799–1815) had profoundly shaken Europe and a new atmosphere of international cooperation emerged in response. The Congress of Vienna was the first instance in which an international body met together in a single place to discuss the future of Europe. The congress included representatives from more than 200 nations and princely states. 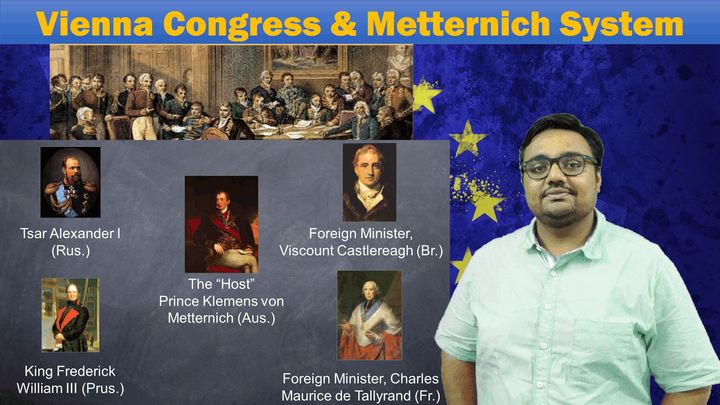 The dominant figure and host of the Congress of Vienna was Austria’ s foreign minister, Prince Klemens von Metternich (1773–1859).  At the Congress of Vienna, Metternich was chiefly responsible for creating the balance of power in Europe. For the next 30 years, the Austrian would dedicate himself to stabilizing and consolidating this balance. The so-called Metternich system ensured stability by censoring political and religious views that threatened the conservative status quo.
Youtube Link: youtu.be/9K8hp86vfIY 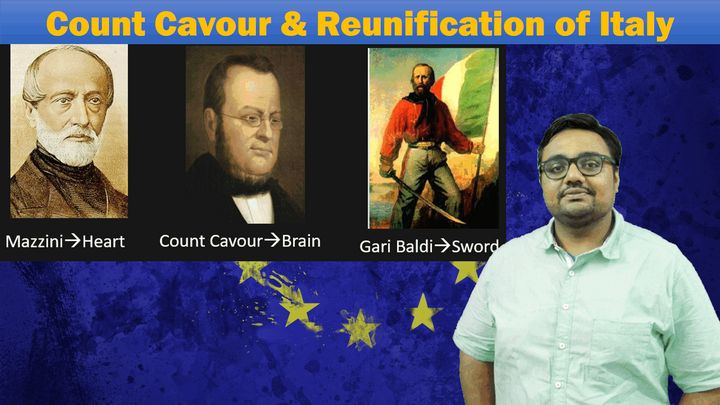 Like Germany, Italy was also divided into a number of states. The major states in the early 19th century Italy were Sardinia, Lombardy, Venetia, Kingdom of the Two Sicilies (Sicily and Naples), Papal States, Tuscany, Parma and Modena. Giuseppe Mazzini and Giuseppe Garibaldi started Young Italy movement. It aimed at the independence and unification of Italy and the establishment of a republic there. Later the Prime minister of Sardinia Count Cavour, took the initiative of uniting Italy
Youtube Link: youtu.be/dKOZorTVI6E 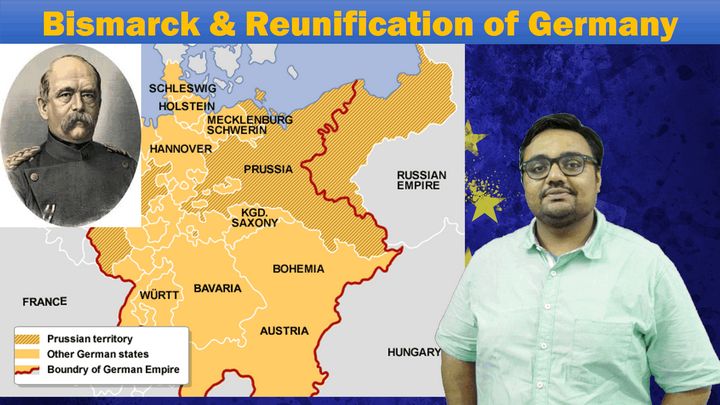 In the 18th century, Germany was divided into a number of states. Some of these states were very small and did not extend beyond the limits of a city. During the Napoleonic wars, many of these states ceased to exist. At the end of the wars there were still thirty-eight independent states in Germany. Among them Prussia, Wurttemberg, Bavaria, and Saxony were fairly large. The division of Germany into a number of states had hampered the economic development of Germany. The social and political system in these states was also very backward. Bismarck, a Prussian aristocrat began Policy of “blood and iron” to reunite them.
Youtube Link: youtu.be/0DKFn_kvlM0