In this summary, I’ve not written full forms or given background theory-connectives, because the target audience is Interview candidates. They should be well aware of that…. if not, then watch my BES17 Lecture series again. 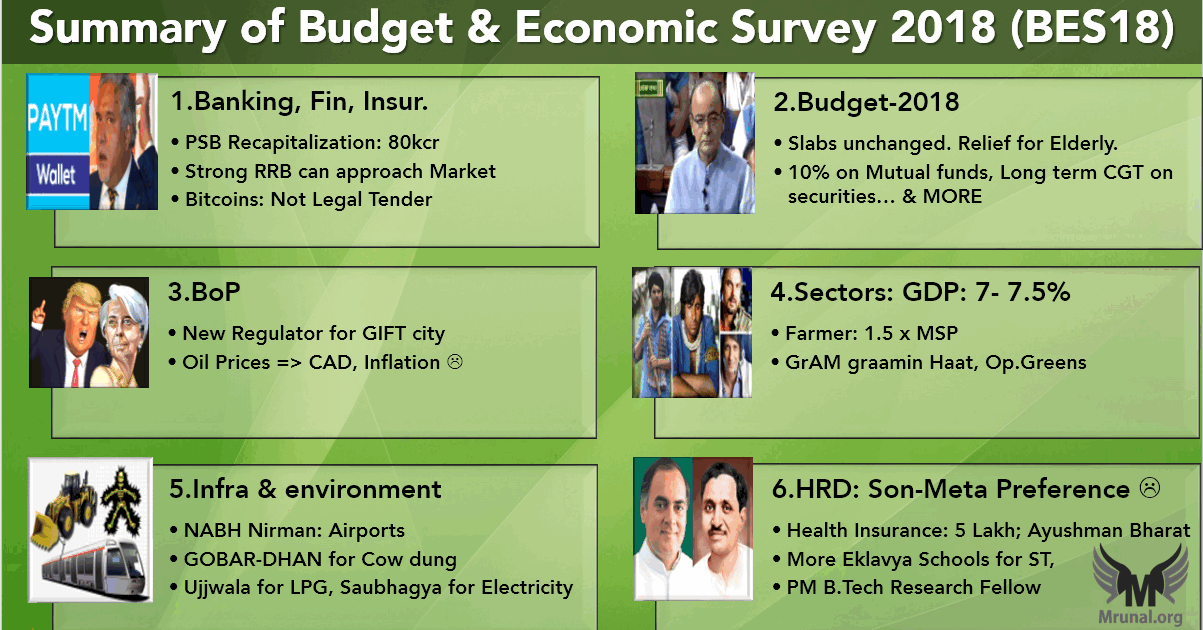 Above things were from Budget, below is from Economic survey: 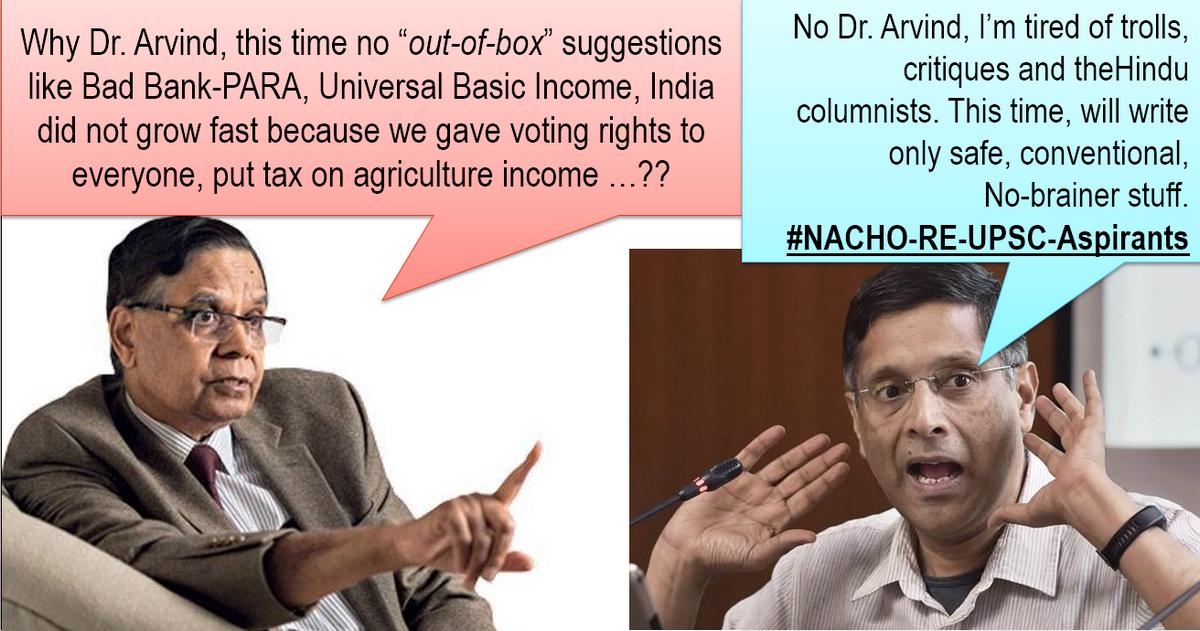 For Government jobs interviews, these much information should be at your lips. For Prelims and Mains point of view, we’ll be studying these things in a detailed manner, later on.

yes I’ll be doing the BES-18 “GREEN” series this time. I’ve chosen green color because both in the budget and economic survey, noting much new to teach: so, it’s going to save a lot of slides, printouts & mental-effort for the aspirants. So, it’s “Eco-friendly” green BES18.. [Although I’m open to suggestions on other colors as well, Do share thoughts in the comments below!] And stay Tuned to Youtube.com/c/TheMrunalPatel….