Read the following case studies carefully, and then answer the questions given: 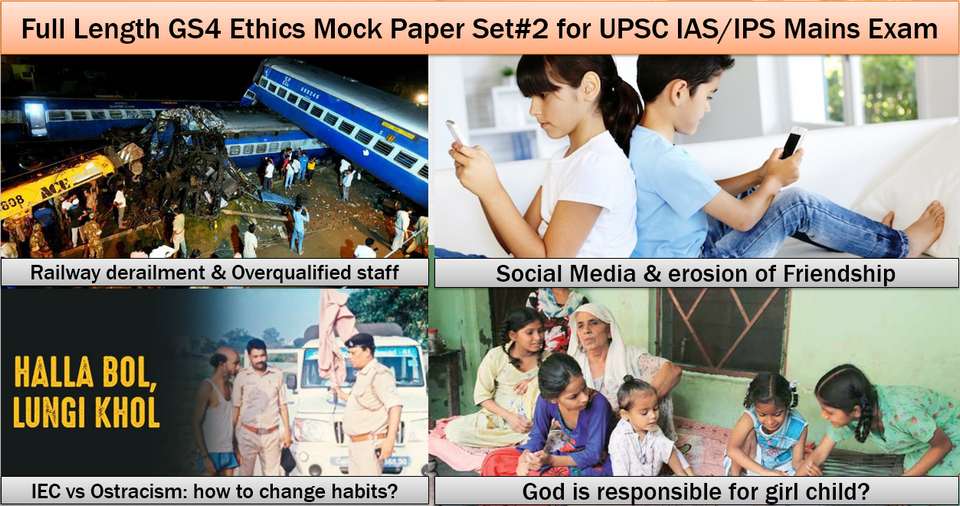 From: Association of Indian Railway Engineering Service (IRES) officers
To: The Chairman, Railway Board, New Delhi
Subject: Nuisance of overqualified trackmen in Indian Railways
Respected Sir,
The job profile of a railway trackman involves carrying a heavy toolbag and patrolling an 8-km railway track section on foot all day. He has to find and repair any damages, irrespective of the scourging summary, bone-chilling winter or heavy monsoon. Since it’s a manual labour, recruitment qualification is maximum class-10 pass only. But, today we have M.Coms, MCA’s, MBA’s, etc. as the new generation of Trackman. Many of them join because they need a job, not because they like the nature of job-which involves muck, and do manual labour. They make frequent requests for transfers to other Group D jobs like working in the station duty or as bungalow peons in officers’ houses. They use their knowledge of rules and regulations to make excuses for not doing hard work or to reply back to the supervisors or file frivolous complaints to higher authorities.

The induction of female workers for trackman job is difficult to realise on the field, as it requires hard manual labour. Often, these ladies either can’t do such work or pressure is put on the line supervisors to give them office jobs. The result is Utkal Express derailment which claimed the death of over 20 people and injuries to at least 200 due to negligence in the repairwork, because instead of doing their work, these new overqualified track-men are busy seeking transfers only. We humbly request you to take cognizance of this matter and do the needful. – Sincerely, The IRES Officers’ Association.

Q11: As the chairman of railway board, enumerate and justify the steps which you will initiate in the light of this letter. (20 marks | 200 words)

On 26th September 2017, Ranchi Municiple Corporation’s “Swatchhtaa Enforcement Team” caught 10 people who were caught defecating in the open. They were made to hand over their lungis to the RMC -team, and their lungis were returned only after they pledged that they would not defecate in the open again and paid Rs.100 fine. This campaign was called “halla bol, lungi khol”. Next week, RMC launched new campaign called “halla bol, khule mein shauch karne waale ko door le jaa ke chhod” under which, those who defecate in the open were taken and dropped far away.

“We have already constructed enough number of individual and community toilets. But the problem is people don’t change habits to use them. Earlier we tried the raising awareness by nukkad-plays, slogan and painting competitions, doing “Gandhigiri” by giving flowers to open defecators, but it didnt show much improvement. Information, education, communication (IEC) is a farce and fruitless exercise. Public ostracism is a good deterrence. There can be no obedience without fear. The idea is to make them understand that defecating in the open could cause them embarrassment. I’ve no other option because higher authorities are insistent on the deadline of 2nd October to make Ranchi “Open defecation Free”.” said an official.

Social workers tell a different story, “There are simply not enough number of community toilets per slum. At some places, water supply is not available. Poor people have no recourse other than going out in the open! But these RMC officials are depriving them of dignity by “Lungi khol exercise”, and the penalty of 100 rupees is a big amount for the daily wagers.”

Q12. Write your views about the utility of ostracism and punishment in inculcating moral values and good habits in Indian society. (150 words | 15 marks)
Q13. With respect to the statement “I’ve no other option because higher authorities are insistent on the deadline of 2nd October….” What would you do, if you were in his place? (150 words | 15 marks)

Charanjeet works as a daily wager in the fields of landlords. To supplement their income, wife Jaswinder works as a mid-day meal cook in the local government school, often doubling as sweeper. Neighbours say wife Jaswinder raises her four daughters essentially on the Rs 12,000 a month she makes, as husband Charanjeet spends most of his income on drinking only. On 19th September 2017, Charanjeet Singh, had received a phone call from hospital that his wife had delivered a daughter again, for the fifth time. Angry Charanjeet spent his day drinking at a local liquor den. Upon returning home, he rushed burnt the two religious books which his wife used to pray to for a son throughout her pregnancy.

Charanjeet was arrested on charges of hurting religious sentiments, and sent to judicial remand. His mother Nacchatar Kaur, 70, says “We didn’t do a sex determination test or abortion, because we don’t have money for it. Other families in our village do it, but police never arrests them! All my granddaughters are studying in government school. I agree my son made a big mistake and must be punished. We are ready to do seva at the gurdwara as per the instructions of the gurdwara management. But the matter could have been solved within the village. My son Charanjeet has a drinking problem. He got carried away, he never wanted to hurt anyones’ religion. The charges should be relaxed. We’re a family of daily wage labourers, if my son stays in jail for longer, we’ll run out of savings to run the house, because tehsildar says we’re not eligible for the PM Matritva Sahyog Yojana’s 6,000 rupees as it is meant upto 2 live births only. Now Jaswinder will have to go back to work within a week of this delivery, will it not deteriorate her health? The subsidized grains under food security act will cover a family of five people only but now we are eight. So in future, we’ll have food shortage also!”

Questions: Answer following in not more than 100 words each (3Q x 10 marks=30M)
Q14. As a Judge, would you give leniency to Charanjeet, given the arguments of his mother that poverty, lack of education and alcoholism are the real culprits? Yes / No and why?
Q15. As tehsildar, would you consider writing to higher authorities that PM Matritva Sahyog Yojana and NFSA criteria should be relaxed to this family, given the special distressful circumstances? Yes / No and why?
Q16. Suppose you’re the Sarpanch, and a villager informs you about another such BPL family which has 5 daughters, and still trying for male child. What step will you initiate? ”Is doing nothing” an option?

My grandfather laments, “Today, many adolescents interact electronically even with their real-life friends. This reduces the outdoor physical sports, emotional bonding and camaraderie we used to have in our times. Today, You’ll have fast friends but no lifelong permanent friends. There is one blue-whale game where friends challenge each other to committee suicide! Social media is a bane to friendship.”

But I disagree. Because online contact enhances companionship between friends via conversations that can continue throughout the day and night without disrupting or disturbing others. It also allows more time to control emotions and calm down before crafting and sending a response to something upsetting. Even introvert and shy children feel more comfortable in interacting with online groups. In offline friendship, an adolescent may involve in drinking, drugs or juvenile delinquency due to peer pressure. If they’ve online friendship, at-least parents can monitor it more closely with the firewall and appropriate child-control softwares. Therefore, social media is a boon for friendship!

Q17. Enumerate the points you’ll say, If you had to interject in this debate between the author and his grandfather about the “Importance of friendship in inculcating life values and the role of social media in developing friendship”. (200 words | 20 marks)

You’ve recently joined as the principal of a government college, located in a city with bad reputation about women safety. Your predecessor had set following rules for the hostel:

Now, a group of girl students meet you in the office, seeking parity in the hostel curfew times with the boys i.e. girls should also be allowed to stay out till 10PM, without any written permissions. You begin to make inquiries with the stakeholders and find that:

Suppose you’re a taxpaying middle-class citizen and notice some men defecating in the open in the route of your morning jogging. You speak with them, and learn that they live in nearby slums and despite their own repeated complaints, municipality has not built any toilets in their area. You approach the municipal commissioner, who informs that: