What is Andaman Trunk Road (ATR)?

Road: To shut or Not to Shut? 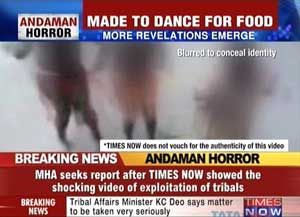 In past few weeks, you might have read Supreme court giving orders on Jarawa buffer Zones. But it is not that Supreme court picked up the matter after reading that Jarawa dancing video controversy.
The issue of buffer zone has been going on since 2007

But these are not applicable to tribal areas. The tribal areas are governed by 5th and 6th Schedule.

Although Government earlier made PESA Act, to extend the provisions of Panchayati Raj to above areas but it hasn’t worked out as planned. So Now Government  is thinking about creating 13th schedule for traditional governing bodies in tribal areas. The 3rd Tribal Commission will look into this matter.