Hi friends, this is Roman again. Hope your mains preparation are at its peak. I had the opportunity to give a TEDXtalk on “How to crack world’s toughest exam”. Click me to watch it on Youtube. Though I strongly feel watching the talk will be way better and highly enriching, yet I have jotted down the keypoints here: (we do care about those who don’t have high bandwidth internet to watch youtube:)

Anyways, let’s continue from where we had left. The model world history Q&A for Mains exam. Please provide your valuable feedback in the comment section below. Earlier part available http://Mrunal.org/history 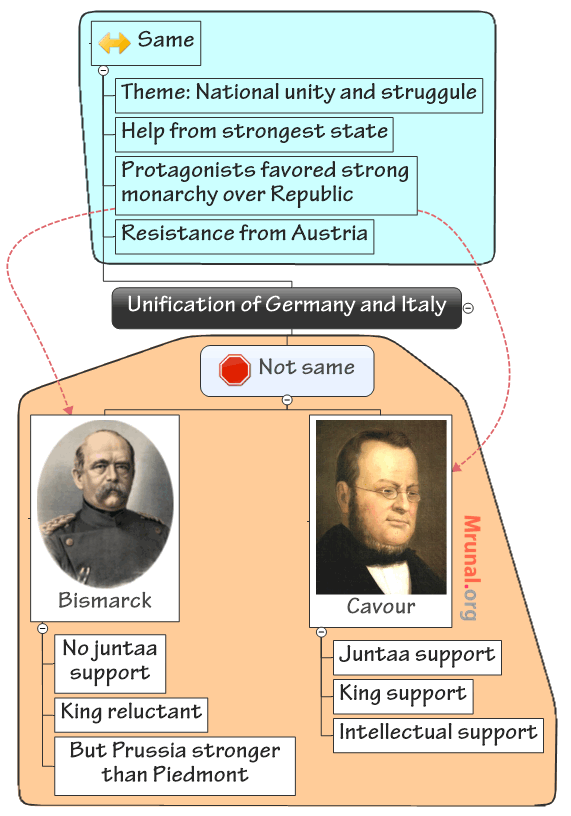 Q. Compare and contrast German unification with Italian unification, with special emphasis on role of Bismarck and Cavour.

Ans. In the history of Europe, Both German and Italian unification were landmark events, with certain similarities and dissimilarities.
Similarities

Dissimilarities: Resemblances between the two are superficial.

Points in favour of Bismarck:

Points in favour of Cavour

Q. Killing of Duke Ferdinand was the immediate cause for WWI, but the seeds were sown decades back. Critically analyze.

Ans: On 28th July 1914, Austro-Hungary declared war on the Serbia, exactly one month after the assassination of Duke Ferdinand. Although the war was between 2 countries, the whole world came under its ambit only because of the seeds sown decades back through various treaties and events:

Although remaining world was out of formal treaties. They too were dragged to serve their colonial masters. Thus a deadly script was written on social, political, military and economic developments, leading to conflicts like Eastern question and Balkan crisis and finally culminated into WW1. 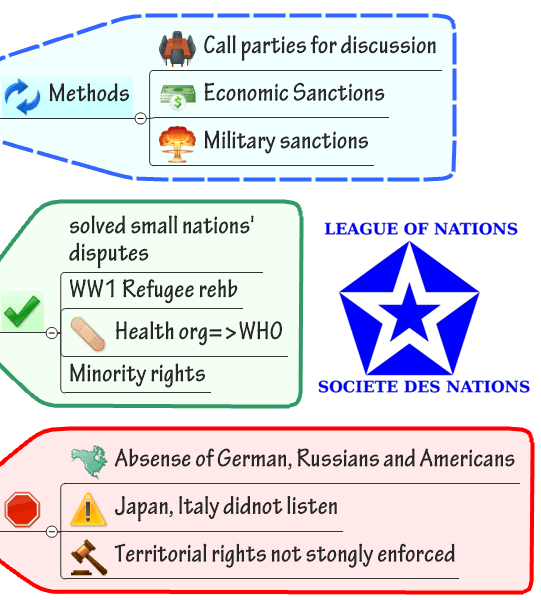 Q. What were the important features and achievements of League of Nation. Why do you think it failed?

Ans. In his “14 point program for world peace”, US President Woodrow Wilson, emphasized the need of a global body to provide a forum for resolving international disputes and precluding another world war. Thus League of Nations (LoP) born in Geneva with 31 members initially:

LoP had 3 mechanisms to settle disputes:

Achievements of the LON:

Albeit, LoP had certain credit to its name, but due to such inherent weaknesses, inability to enforce the territorial-rights and the unstable economic-political situation of the world, League of Nations failed to fulfil its objective of maintaining the world order.

More questions later. In the meantime,