In the previous part (E2/P2) we learned about moral and political attitudes and role of social media in their development. Moving on- 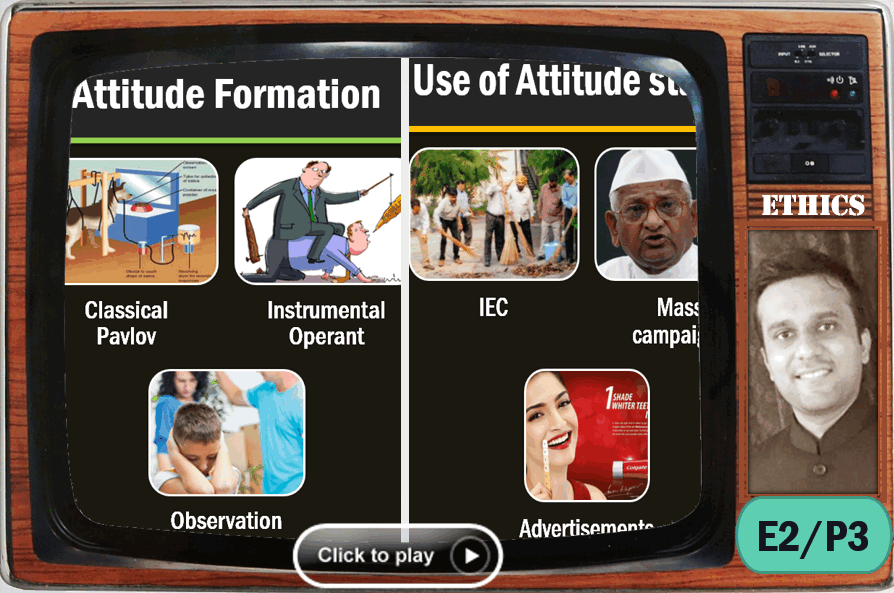 Attitude is formed by ‘stimuli’ – it can be internal or external. Following are the 3 prominent theories about Attitude formation:

Why study with Attitude?

Consider following example of my attitude towards snakes:

They’re more technical than practical, so Consider your homework / self-study only if interested. I’ll only cover the gist:

Through an experiment in USA during the heydays of racial discrimination.

From Administrative point of view, the burning issue is- “despite all the schemes and policies, how to change attitude of the people?”

Thus Attitude change important for civil servant, because he is a leader, he is a policy maker in the society.

It is the communication intended to make other person believe or do something. The success of persuasion depends on three factors: (1) source (2) message (3) target.

In the next part (E2/P4), we shall look at the case studies and mock questions related to Attitude.
Visit Mrunal.org/Ethics for more study material on Ethics.