In the first part (E3/P1), we looked at aptitude, integrity and objectivity. Now moving to other important foundational values viz. Empathy and Compassion 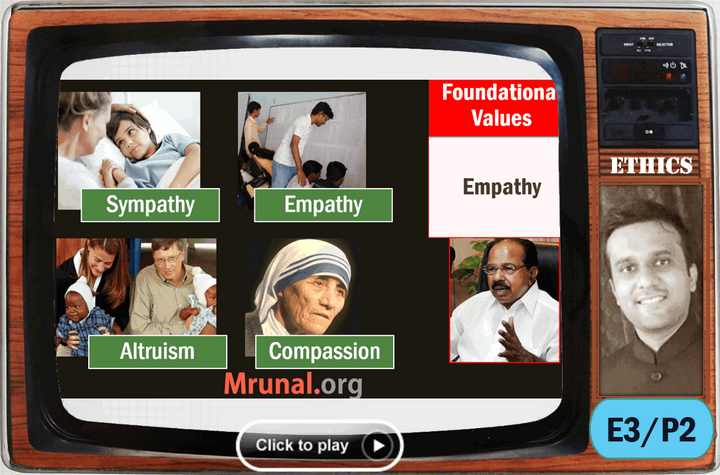 Why do we need empathy?

Lack of empathy leads to

Can we cultivate empathy?

How to inculcate Compassion?

In June 2015, Madras High Court Judge P. Devadass let a convicted rapist out of prison on bail so he could “mediate” with his victim and heal their rift. The Judge observed following

You’re running an NGO for the street children. You’ve given a recruitment advertisement in the local newspaper for the post of a “Coordinator” in your NGO. Following people turn up: Who among them will you chose for the job? and why?

In the next part (E3/P3) we’ll look at the last set of foundation values for civil service viz. neutrality and non-partisanship.
Visit Mrunal.org/Ethics for more study material on Ethics.