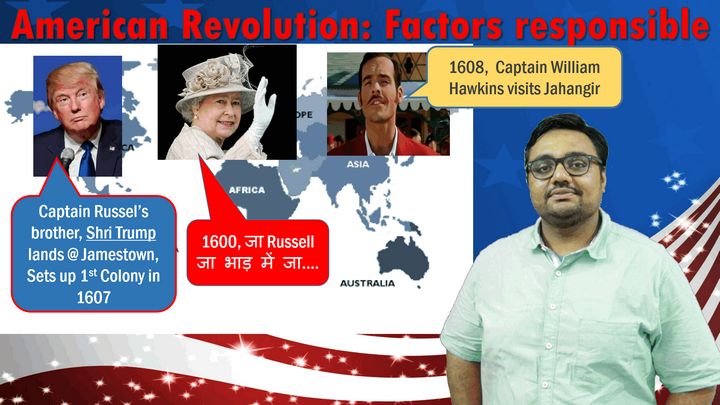 After the discovery of the American continent, there was a continuous migration of people from Europe to the New World. South America was colonized by Spain. The English and the French established their colonies in the North America. By the mid eighteenth century, the English had established their thirteen colonies along the Atlantic coast. Landless peasants, people seeking religious freedom and traders had settled there. Initially the relationship between the colonies and British Government was cordial. Although these colonies were controlled through the governors, they enjoyed political freedom. Each colony had its own assembly elected by the people. It enacted laws concerning local matters. However, the policies followed by the home government (Britain) had resulted in the confrontation. This ultimately led to the American War of Independence at the end of which the colonies became independent.
Youtube Link: http://youtu.be/n3nj4jNhhZo 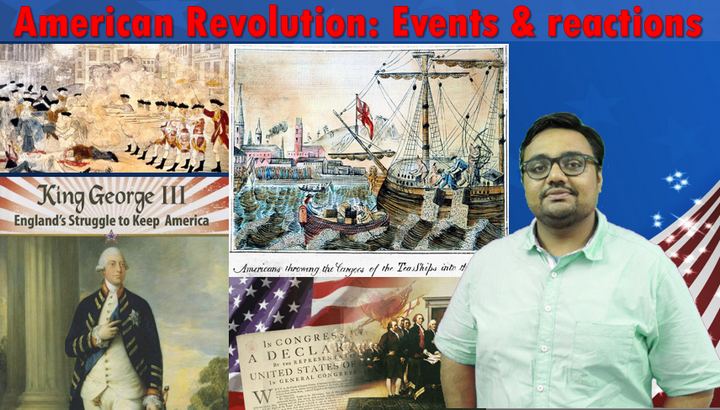 The American colonies became free and the Republic of the United States of America was established. The first democratic government with a written constitution in the world became a reality. The Bill of Rights ensured fundamental rights to the citizens of the U.S.A. The American War of Independence was also called the American Revolution because it inspired the French evolution. It was not only a war against England but against aristocracy and reactionary elements. It was also a fight against colonial domination. It introduced new political, social and economic set up in the United States of America Democracy with separation of powers on the model suggested by French thinker Montesquieu was founded. Capitalism also took strong roots. However, the rights of the sons of the soil, the Red Indians and the Negroes were not considered at that time.
Youtube Link: http://youtu.be/-K6adGL1CD8 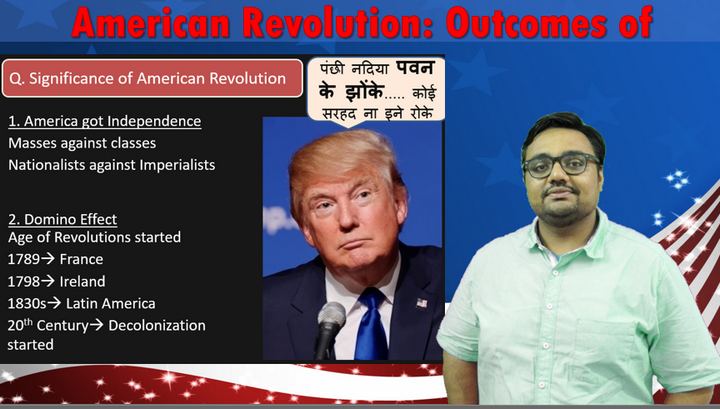 The war started in 1775, when the first battle was fought between the British soldiers and the colonial militia at Lexington in Massachusetts. Soon, George Washington assume the command of the army of the American colonies. The British General, Gage won a victory at Bunker Hill. The victory at Saratoga marked a turning point in the war. The French troops under Lafayette came to the help of the American colonies. Finally, the British troops under the command of General Cornwallis surrendered to Washington at Yorktown in 1781. The war came to an end by the Treaty of Paris in 1783
Youtube Link: http://youtu.be/iO5h6-Am8vY 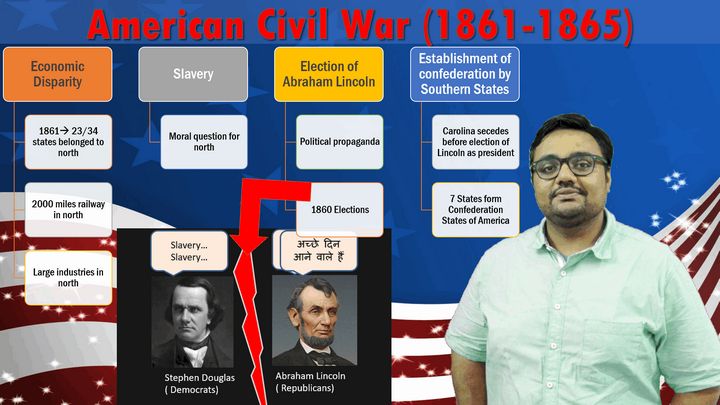 As soon as Lincoln won the election, the South started to secede from the union, fearing the federal Government will take away their right to own slaves. They no longer wanted to be part of the United States.  Supporters of secession based their arguments on the idea of states’ rights. They said they had voluntarily joined the union, so they could leave when they wanted. The American Civil War was fought to keep the South from leaving the Union. Slavery was the major issue that separated the North from the South. Turning point of the civil war, was the Battle of Gettysburg in which the union soldiers defeated the Confederates. After the battle, President Lincoln gave his famous “Gettysburg Address” wherein he called upon the Americans to resolve that “a government of the people, by the people, for the people, shall not perish from the earth.”
Youtube Link: http://youtu.be/Pa9IU8AWUIc
Up next (GSM2): Comparison Constitutions: USA vs India and the American Presidential Elections.