In the previous part (E1/P1), we looked at the types of judgments and pre-conditions for ethical scrutiny. In this part, we shall look at various theories of ethics, their merits and demerits.

Focus more on virtues of the agent rather than consequences of his actions. 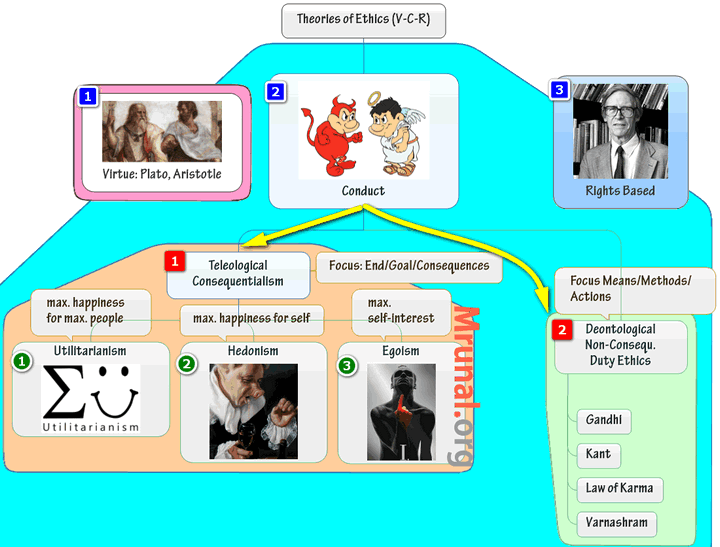 Anyways, it’s not important to get into finer nuances of each and every thinker and theory, we just have to see its application in case studies. So, while solving a case study, try to see it through the glasses of various theories. 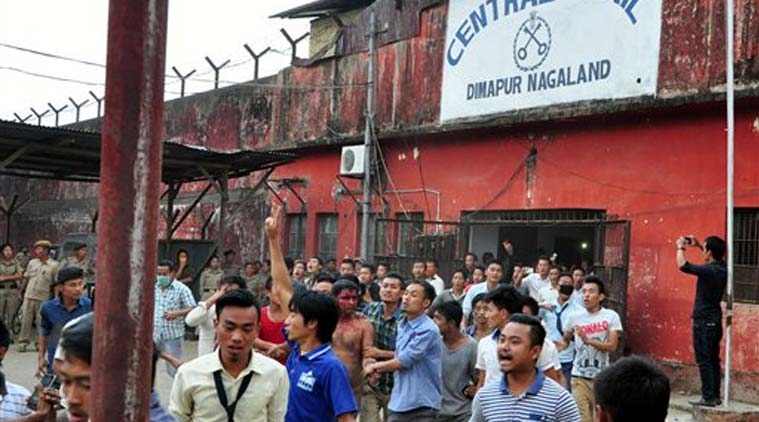 Utilitarianism: if lynching makes 99 people happy and one person unhappy, is it good?

You’ve to keep the merits and demerits of each theory in mind, to ensure its proper application in case studies. E.g. if a case study involves minority rights or feminism, it may not be right to bend the utilitarianism principle to justify your stand.

And this thought process leads to next theory of ethics – Egoism

Egoism says maximize your own self-interest. Because (1) it is in human nature to avoid pain (2) it is irrational for a man to ignore his self-interest.

The demerits of egoism encouraged Mathematician John Nash (movie: A beautiful mind), to work on “Game theory”. He died in 2015, May. So consider that homework, for some ethical case study involving game-theory.

Leading thinker of this school is John Rawls.  As such not much point doing Ph.D on him, all you should remember is he tried to reconcile between Liberty (capitalism) and Equality (Communism)

For Case studies, keep in mind- rights based approach should be used for major themes only e.g. speech, health, education. For trivial individualist things, e.g. ‘lying, stealing’ better to apply other theories for your answer.

During the British era, ICS (Indian Civil services) officers were responsible for arrest and persecution of Sardar Patel and many other freedom fighters. Yet, after independence, Patel decided to continue ICS service under a new name “IAS” and retained those ICS officers in it, despite the opposition by the other members of Constituent assembly. Discuss the ethical dilemmas that Sardar Patel would have faced before arriving at this decision.

Is following course of action ethically justifiable? Yes / No and Why?

In the third part (E1/P3) we’ll look at values, role of family-society-Edu. Institutions in inculcating human values and ethics in public and private relations. Visit Mrunal.org/Ethics for more study material on Ethics.