In the previous article, we learned:

Why Pink cover, What is important in the Preface & Listicles?

1) State of the Economy: An Analytical Overview and Outlook 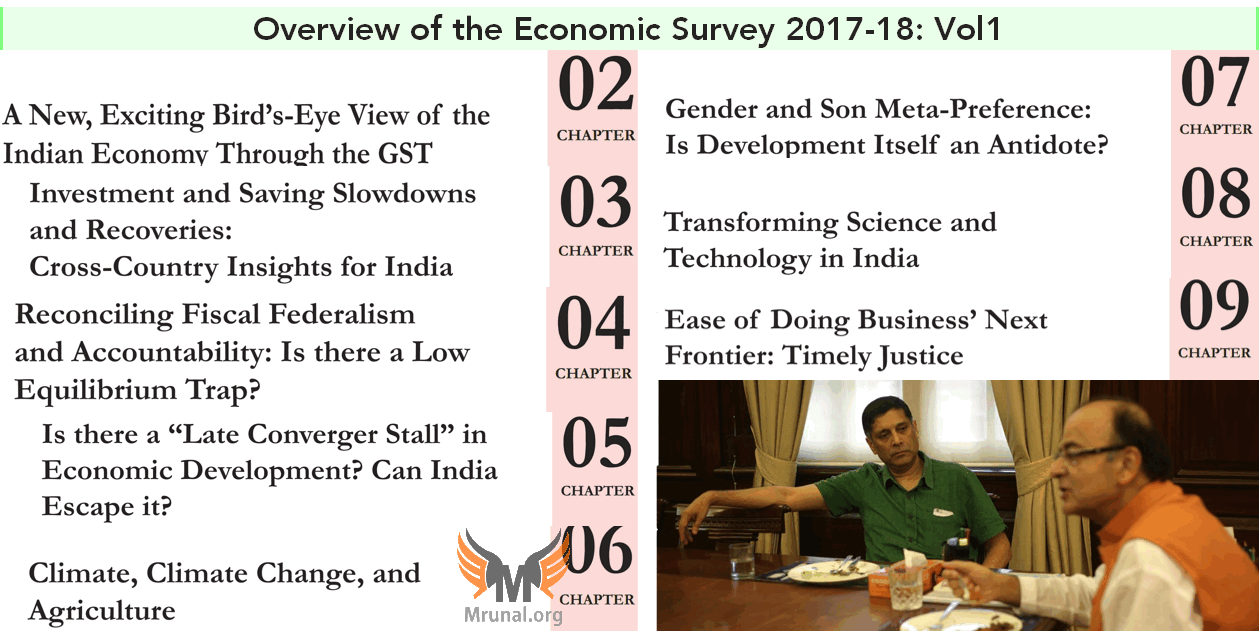 2) A New, Exciting Bird’s-Eye View of the Indian Economy through GST

In this chapter, Arvind S. has done “Chetan-Bhagat-giri” i.e. repeating the same plot in new novel from his old novels. Here too, Arvind S. repeats the same concepts he had been saying in last three years such as:

5) Is there a “Late Converger Stall” in Economic Develop?

7) Gender & Son Meta-Preference: Is Development Itself an Antidote?

8) Transforming Science and Technology in India

Exam-Relevance?
More relevant for Essays, GSM3 (Indigenization of technology, Achievements of Indians in science technology) and Interviews. Very little content relevant for Prelims. Yes, he mentions about ISRO’s achievement, Ancient mathematicians etc. but those topics you had to prepare for prelims S&T, even if he hadnot mentioned!

Exam-Relevance?
This chapter is also more relevant for Essays, GSM2 and Interviews compared to Prelims-MCQs.

​
(Mock MCQ from Table 0.1 in Vol2ch1) Which of the following indicators have been showing steady increase each year for the last five years for India?

Hint: I can’t give hint, because it is home work! Refer to the table.

To answer this question, let’s go back to last year.

Now for a moment, let’s believe that both volume 1 and volume 2 of Economic survey 2016-17 had been published before the prelims – 2017. Then how many MCQ could be solved directly from there?

Q. ‘Scheme for Sustainable Structuring of Stressed Assets (S4A)’ is related to:

Answer Verbatim given in ES17 Vol1 page 103. It’s a scheme of RBI for corporates with loan-repayment difficulties.

Q. ‘Broad-based Trade and Investment Agreement (BTIA)’ is between India and

Answer Verbatim given in ES17 Vol2 page 154. BTIA talks going on between India and European Union.

Q. Correct about India after its liberalization of economic policies in 1991?

Although this can be solved even without reading survey, if your fundamentals are strong. Otherwise, by referring to individual chapters on BoP and agriculture and glancing over the statistical-appendix you’d realize that Post-1991, Agro share in GDP has been falling, as service sector began to grow. Export-share and FDI increased. And India’s forex reserve increased from ~24,000 crores in 1991 to ~24 lakh crores in 2016- So that qualifies as an enormous increase in Forex. Accordingly, first statement is wrong and fourth statement is right, there is only option “B” Which fits this combination.